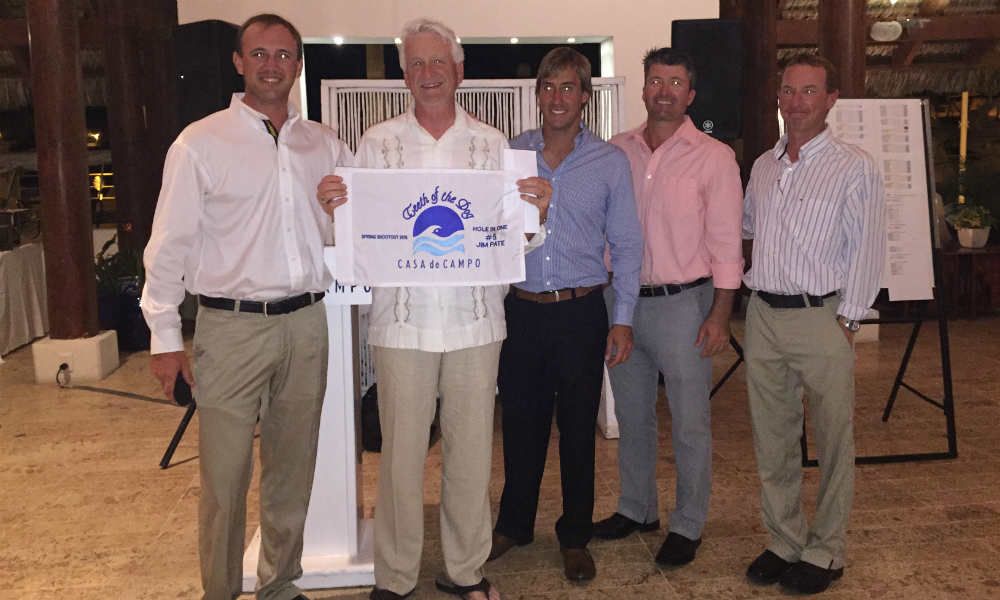 Following three days of friendly competition teeing off around Casa de Campo’s three Pete Dye-designed golf courses: the Teeth of the Dog, Links and the Dye Fore, the international group with representatives from across the world came together for a great celebration!

Following the dinner, prizes were given out to the tournaments many winners. Below you will find the results of this year’s Spring Shootout.

Closest to the Pin Day 1 Links

Closest to the Pin Day 3 Teeth of the Dog

The following collection of photos were taken at the dinner and prize-giving ceremony of the Casa de Campo Spring Shootout golf tournament celebrated in La Casita Marina: