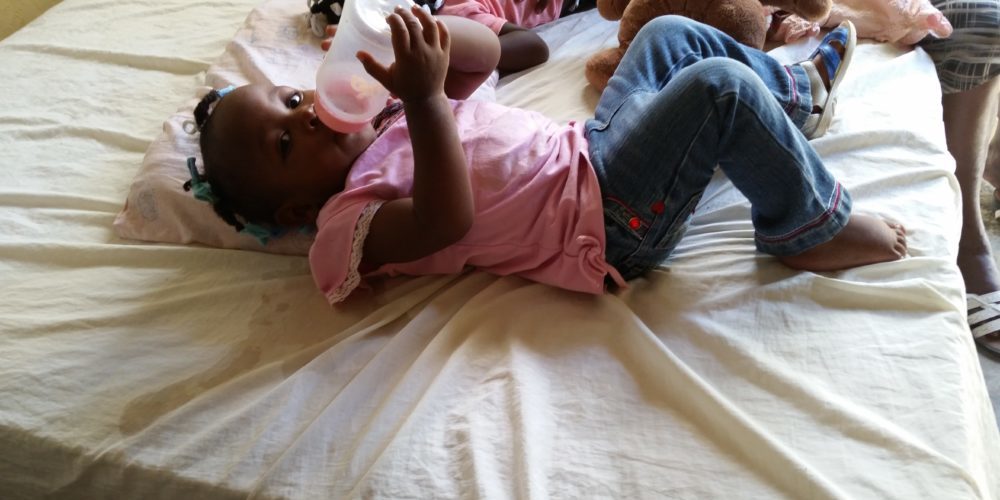 The Clínica de Familia is a complete community health service organization in La Romana that provides general medicine, gynecology, obstetrics, cardiology, diabetes, nutrition, family planning, laboratory, sonography and psychology to vulnerable members of the community at no-profit, as well as run one of the largest HIV clinics in the Dominican Republic. Since their beginnings, they have sought to prevent the vertical transmission of HIV from pregnant mothers to children, and recently shared a success story with Casa de Campo Living by Henna Shaikh:

“I’ve been waiting for you!” Luciana exclaims with a warm smile as we enter her apartment. It is a small home: the room we walk into has space for a couch and small table, and the next room holds a full-sized mattress. Luciana is sitting in the corner of her couch, entertaining her 1-year-old son with a plastic truck while her 4-year-old daughter plays with a smartphone. As we sit down across from her Luciana reminds us to speak quietly – aside from us and her husband, no one knows that she has HIV. “It’s not easy,” Luciana notes, referring to the difficulties of living in the Dominican culture with HIV and also the difficulties of hiding this secret.

With support from the Clinic’s Vertical Transmission Program, both of Luciana’s children were born HIV-negative. She commends the support she received from this program during her pregnancy. She says that the clinic staff have “always been very attentive” through her prenatal visits, her cesarean deliveries at Salud Pública, and as her children have grown. In particular, she praises Elisabeth and Mary Kelly, the health promoters that work with the Vertical Transmission Program. She describes how they came to the hospital when each of her children was born, bringing with them infant formula and prophylactic antiretroviral medications for her newborns. Elisabeth and Mary Kelly have become sources of support for Luciana, and she felt more comfortable knowing they were with her. She has been particularly thankful that Elisabeth and Mary Kelly were able to so discretely give her formula and medications for her infants, since her parents, who were also present for the deliveries were unaware of her HIV status. Elisabeth visited Luciana regularly after both of her deliveries to provide formula and medications at no cost, which was a great help given her husband’s meager income that supports them both. Luciana also appreciates that, as her children have continued to grow, Elisabeth always seems to have a minute to call and ask how they are doing.

Overall, Luciana has been very pleased with the service she has received from Clínica de Familia. She finds the staff to be down-to-earth, attentive, interested, and skilled at communication. She has learned a lot about HIV, and she feels like she can trust the staff there—that no one is ever just pretending to care for her. “Imagine!” she says, “[if not for the clinic] I never would have known [about my condition].” Nonetheless, with support from the Clínica de Familia, Luciana now lives a healthy life and is the mother of two healthy children who are free from the obligation of taking daily medicines. She says that she is very happy and that being a mother “is the best.”

The Vertical Transmission Program is a collaboration between the Hospital Dr. Francisco A. Gonzalvo and Clínica de Familia La Romana to strengthen and improve services related to vertical transmission of HIV. The program includes HIV testing for pregnant women during prenatal and intrapartum visits, medications and specialized consultations for women during pregnancy, as well as a planned cesarean at 38 weeks and prophylactic drugs, formula milk, and a specialized consultation for the newborn. To help the Clínica de Familia continue to provide high quality services to the La Romana community, donate to their organization today at www.clinicadefamilia.org.do. Tax deductible donations can be made through Columbia University.

Find out more about the Clínica de Familia La Romana at:

You can also watch an informative 18 minute video in English about Clínica de Familia’s programs and services at: www.clinicadefamilia.org.do/video.