Last month, Stage Art Studio celebrated their second anniversary doing what they love most – performing! On December 16th, after weeks of rehearsal and preparation, they presented, “Once upon a time…” their first-ever original musical and we must say they were incredible!

“Once upon a time…” was a wonderful mash-up of many popular kids stories including Sleeping Beauty, Little Red Riding Hood, Alice in Wonderland, Pocahontas, Peter Pan and many more. Divided into nine scenes with students from three years old to teenagers, they danced to the rhythms of jazz, flamenco, classical music, hip-hop and ended with “Be our guest” from Beauty and the Beast. It was ambitious, but they came through perfectly and brought out the kid in every adult who was in the auditorium, as well as the excitement in every child present as they saw their favorite characters in a new light. The musical provided live singing, original script, detailed set design, among many other aspects that entail a great production. It was months of intense work and dedication by everyone at the academy, teaching staff and students, and it was something that was noticeable during the show.

With beautiful costumes and cool staging, Stage Art Studio brought a lot of color and liveliness to the auditorium of the Colegio Inmaculado Corazón de María (most commonly known as Colegio de las Monjas). 500 seats were filled with supportive family and friends and everybody left with a smile on their faces and eagerly waiting for the next presentation! Studio Director Alicia Campillo is making a big effort to bring a variety of dance styles to the La Romana community, including introducing an Aerial Dance workshop last year — which we got an example of when Peter Pan and Wendy flew off to save the princess.

The academy also thanked their sponsors for believing in their work; Multiplaza La Romana, Luminos Lighting, Ramce Eventos & Real Estate, Ferreteria Detallista, Fina Fiesta, XMT Academy by “Grupo IX Artes”, Hostal Simona, Costa Farms, Body Stetic Fitness, Cool Heaven RD, Cinco Gelato y Caffè, Flores y Eventos Jardin Oriental Asesa, Production Viva Tv e Impresora Chavón. “Your support was invaluable to us. Without you, this musical would not have been possible and we are immensely proud to say we had you by our side,” stated Alicia.

In the end, all the students who participated came together for the finale and then presented Alicia with flowers and a plaque. It was encouraging to see how much they love and support one another. Alicia was visibly emotional and thanked everyone in the studio, production team, parents, as well as the audience. They also presented a plaque to Genesis Brito, the theater instructor. “I firmly believe that performing arts is not just learning to act, dance or sing, is to learn to be perseverant, to fight against fears and face failure, to be disciplined, to do everything with love, is to do with your body incredible things, is to take a message and help build something better… I thank life for being able to show my children that dreams DO come true,” said Alicia Campillo.

Congratulations on a wonderful presentation; it still brings a smile to my face when I remember it and we hope it’s the first of many more to come! The following photos were taken by Milaura Guzman and Limbert Diaz on Saturday, December 16th: 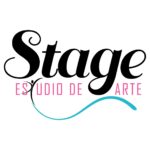