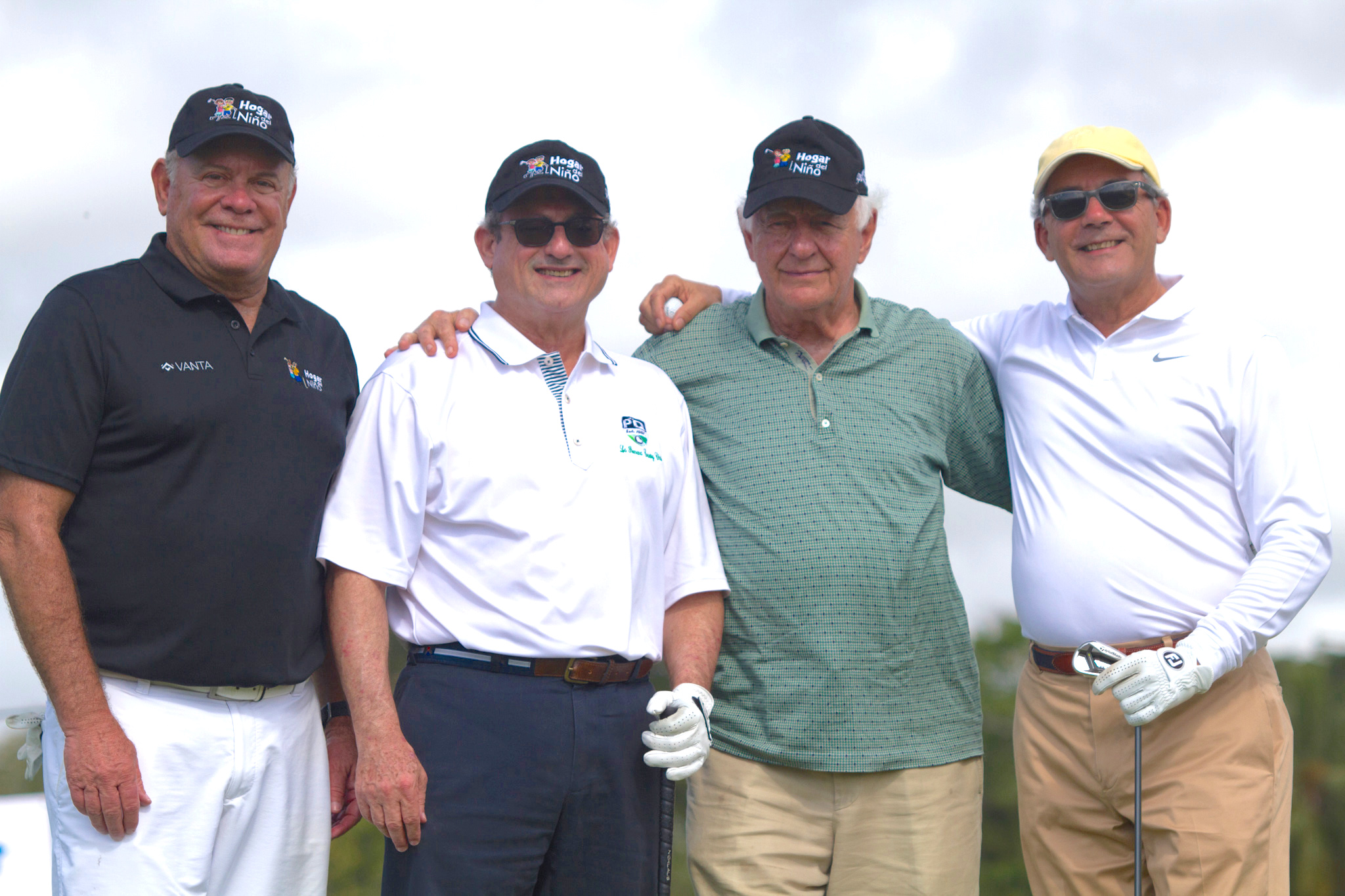 We sure hope you didn’t miss any of the Hogar del Niño’s lively events. The La Romana charity is a children’s daycare and educational center for over 1,500 students located just outside of Casa de Campo. Children as young as just a few weeks old up to 18 years are cared for and educated daily. The nonprofit organization is funded through international and national private donations, and aid their programs through fundraisers like the annual Hogar del Niño Weekend.

This year’s 22nd edition did not disappoint! With a slightly different format than previous years, this year featured a brand new activity that took place on Friday, February 15th, the “Bike and putt” at the La Romana Country Club where every little boy and girl, along with their parents, aunts, uncles, and more – were to be found at this great new event! Putting around a golf course whilst cycling has never been so entertaining and what’s even better it was all for a good cause! Bravo! The winners of this event were in first place Maria Ventura and Marcial Morla; second place Valentina Reggiani and Feliz Oliva, and third place Merrilee Gagnon and Adriana Feaugas.

The following collection of photos were taken by Bryan de la Cruz during the activity:

On Saturday, February 16th, the community came together for a friendly competition! The La Romana Country Club became busy with plenty of sports fan arriving early for the tennis and golf tournaments. The Hogar del Niño had turned the La Romana Country Club into a social hub for the day’s activities (tennis and golf) with a McDonald’s stand, where hungry participants could enjoy a burger and chicken nuggets, as well as a hot dog stand and plenty of drinks, stands serving beers, waters, and sodas.

The tennis courts were filled with players playing matches starting in the morning and well into the afternoon! Starting early, at 8 am with many stretching their muscles and practicing their fierce serves many of Casa’s tennis lovers came  After a fun and friendly competition,  Julio Coello and Said Cabrera earned the title as men’s champions, while Magdalena Cavazos and Maria Mastrolili were women’s champions in Category A. Whilst Vincenzo Canto and Lewis Leibowitz earned the title as men’s champions, while Ivonna Sosa and Joselyn Querales were women’s champions in Category B.

The following collection of pictures were taken by Eurys Mercedes during the Hogar del Niño Tennis Tournament (morning) on February 16th 2019:

Following the impressive cardio workout on the courts, the time came for all golf lovers to kick off one of the most popular activities of the Hogar del Niño Weekend: the Golf Tournament! The popularity of this tournament has been so transcendent that since previous years it has started featuring two tee off times, one early in the morning, and the other in the afternoon in order for the entire community to have a chance to get involved. Both groups of players, whether they played in the morning or the afternoon enjoyed a fun round of golf played as a ‘scrabble’ so that randomly selected groups of friends and new friends worked together to get the best possible score!

The team made up by Maree Couldrey, Dave Farragut, Janet Sholl, and Stephan Sholl were crowned Gross Champions of the tournament and Miguel Alvarez, Juan Alvarez, Erasmo Morel, and Adolfo Garcia took home the trophy as the 2019 Net Champions.

The various bike activities, golf and tennis tournaments for Hogar del Niño weekend have been long-standing traditions attracting community members from all over for many years. Hogar del Niño takes care of many children offering a variety of educational programs. Its success wouldn’t be possible without the reoccurring support of our community! Thank you to all who came and participated!  See you next year for Hogar del Niño XXIII!

The following collection of pictures were taken by Eurys Mercedes during the Hogar del Niño Golf Tournament (morning) on February 16th, 2019:

and by Dariana Soriano (afternoon):