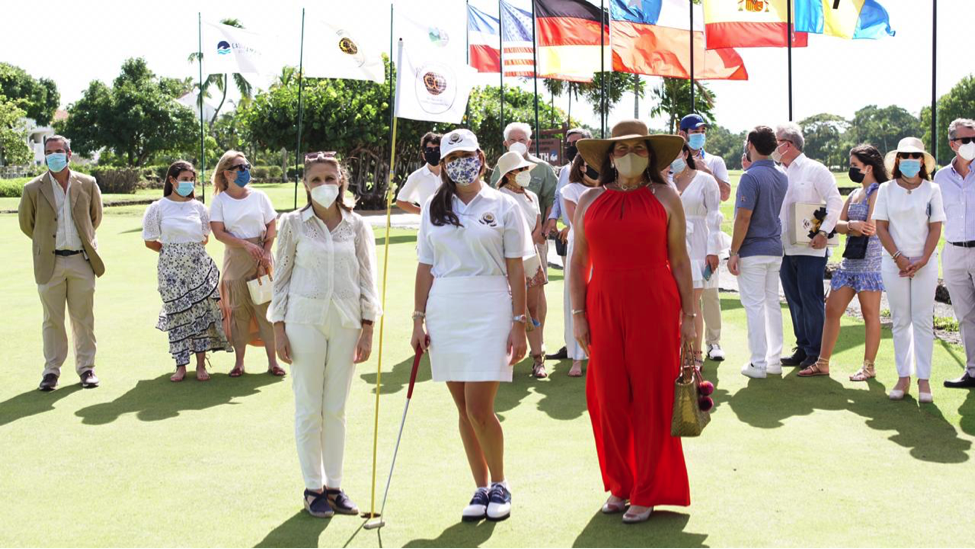 Alejandro Valdez and Eugenio Baittiner became champions of the sixth Diplomatic and Consular Golf Cup that took place in Casa de Campo, which was dedicated to Engineer Carlos Morales Troncoso, former vice president of the Dominican Republic with the participation of 128 players, among which were representatives of the diplomatic and consular corps, as well as golf associations.

Dean Clara Reid of Frankenberg said: “Today we present this plaque to honor an excellent engineer Carlos Morales Troncoso in testimony of our recognition and gratitude for his support to the strengthening of the consular function and the development of the national sport ”.

In turn, Ms. Sonia Villanueva de Brouwer made mention: “I want to highlight the human, valuable, familiar, multi-faceted being who was, politician, diplomat, tireless worker, preserved with care and commitment the cultural and historical heritage of the Foreign Ministry ”.

Part of the profits obtained from the said tournament was destined for the MIR Foundation and the Patronato Benéfico Oriental Hogar del Niño, both institutions are dedicated to the care of children in the province of La Romana. The tournament was held in memory of Morales Troncoso at The Links golf course, Casa de Campo.