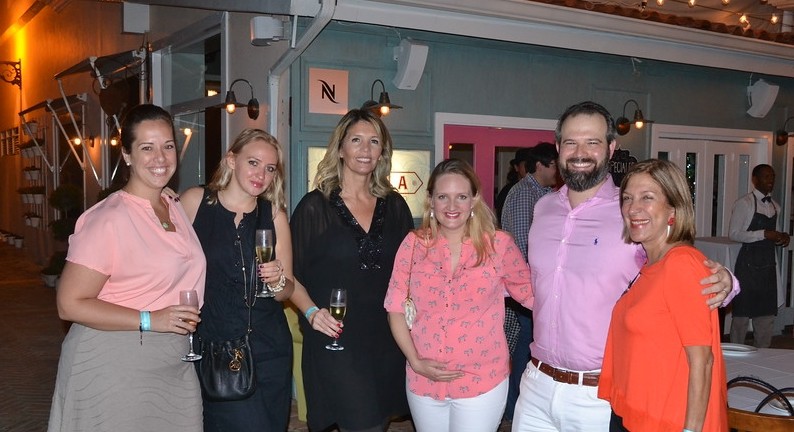 Guess who’s back? Back in town? Why it’s me! A rather larger version of Rebecca Hughes has now returned to Casa de Campo as Rebecca Silvestri with Baby Boy Bump (name pending). Oh and my darling new husband Philip is here too!

Following a rather uncomfortable 12 hour journey from Plano (home to the new corporate headquarters of SILGON), we arrived to Casa de Campo and, after a quick bite to eat and a shower, headed straight to the Marina Casa de Campo to enjoy our first Night For The Kids.

So in I wobbled at 6pm (being in the US has taught Philip and I a little punctuality), and was greeted by all sorts of squeals and of course a lot of belly rubbing! The bump, which is a healthy baby boy, has only recently popped out and so it was quite a surprise for us both to get so much attention… not that we didn’t love it! And so whilst the ladies sipped Moët Chandon champagne and the men relaxed with cigars, we all enjoyed indulging in a variety of appetizers. There was salmon, risotto with bacon, mini tacos, and most unusual, “chicharron de pulpo” – fried octopus! All delicious of course!

It was another great Night For The Kids and one I was thrilled to be able to take part in, even if it was difficult to resist the champagne!

It’s the season in Casa de Campo, so I look forward to seeing you all soon!

The following photos were taken during the 5th edition of A Night for the Kids at La Morela in la Marina Casa de Campo: