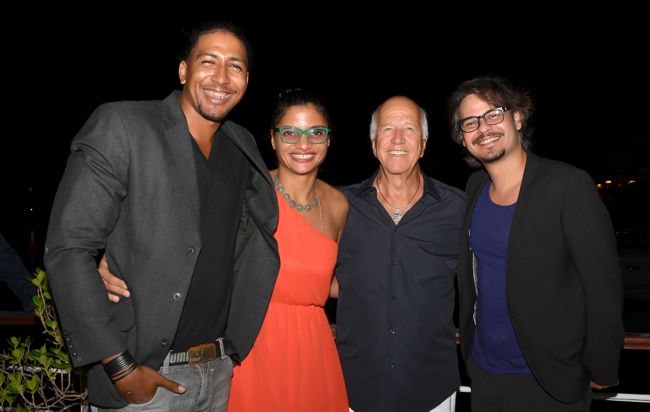 Mr. Gobbi, a French film producer with more than 45 years experience in the business, will be producing “La Extraña” with his company “Compañía Internacional Dominicana” in collaboration with Karibe Entertainment and Kemasi Films, under the direction César Rodríguez and Sergio Gobbi himself, production by Leo Proaño with Joan Giacinti as executive producer.

Directing the film will be Leticia Tonos Paniagua, the first Dominican woman to direct a feature film in the Dominican Republic, making this her second project working alongside Sergio Gobbi and Leo Proaño – the first being “Cristo Rey”, also filmed in the Dominican Republic, which will be released here in December 2013. [Click here to read our interview with Leo Proaño about Cristo Rey.]

“La Extraña” in its original version was called “L’ètrangere” and was in fact Sergio Gobbi’s first world-wide hit, which led him to being contracted as a producer by Charles Bluhdorn, then president of Paramount Pictures.

The film is about Alberto Caba (played by Frank Perozo) who is the owner of a publishing house in Santo Domingo. Alberto is traumatized by an accident involving his ex-wife, Gaia, which left her bedridden. Alberto visits her on a weekly basis.

Overwhelmed by work after seeing how technology is replacing paper books with digital, and how that has caused a slump in sales, coupled with seeing the condition of his ex-wife who he still loves, Alberto decides to leave Casa de Campo, where his family has a property.

At the entrance he meets a beautiful lady named Rosa (played by Evelyna Rodriguez) with whom he starts a new relationship… leaving Albertofeeling like he is living both a nightmare and a dream.