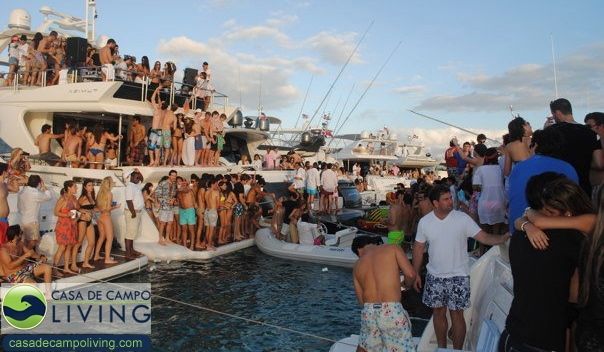 Casa de Campo Living presents….the 2nd annual PALMILLASO! Join us on Saturday December the 31st as we sail to Palmilla and welcome the New Year at sea!

It is a Casa de Campo tradition that every year on New Years Eve the party begins LONG before midnight – at nearby Palmilla, a beautiful sand bank along the coast from Casa de Campo, where on New Years Eve hundreds of boats and quiet possibly thousands of people gather and begin the New Years celebrations in truly lavish style!

This year Casa de Campo Living will once again be chartering a catamaran to join the best party of the year……we’re still working on the details but here goes the basics:

When: Saturday December the 31st

INTERESTED? Click here to pre-register – so that when we have all the details you will be the first to know!

The Casa de Campo party of the year! Palmillaso 2010!

Click on the following links for photos of Palmillaso 2010: