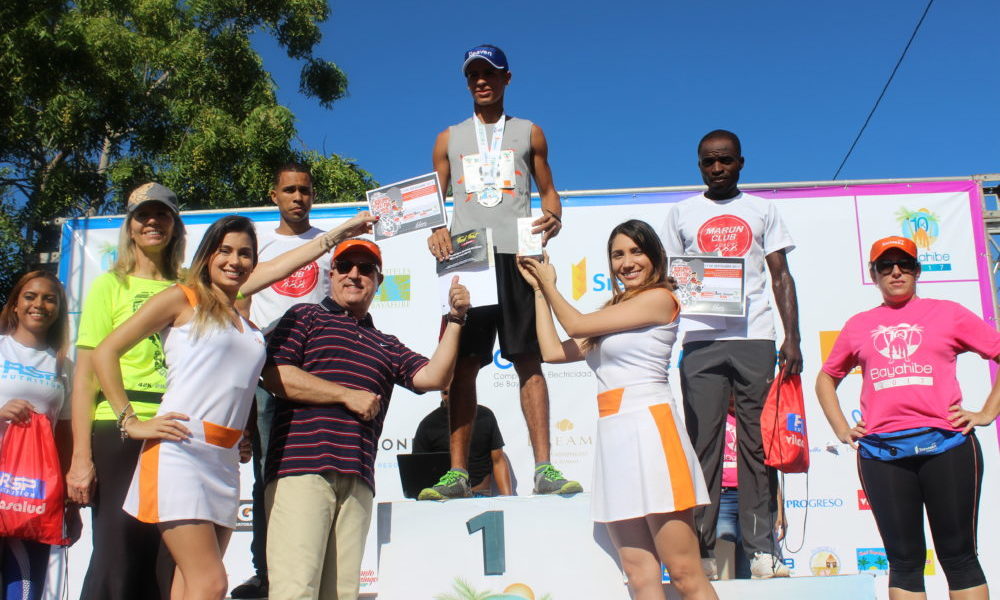 On September 17th, over 500 runners came to Bayahibe bright and early for the 10k competition. Organized by the Romana Bayahibe Hotel Association and Tourism Cluster, the event was so much fun for both runners and spectators in the beautiful area of Dominicus. Spirits were high as runners quickly raced to the finish line— and we mean quickly! In great stride, Jilberto Santana Manzano crossed the finish line at 32:22, maintaining a pace of 3 minutes and 14 seconds each kilometer, and was followed seconds behind by Julio Cesar Marte, who came in at 32:28! Wilson Pérez took the medal for third place at just 32:43.

An early morning Zumba class warmed athletes up and participants of all ages stretched their muscles and rose their cardio levels in preparation. Ana Garcia-Sotoca, Executive Director of the La Romana Bayahibe Hotel Association, said that year after year the Bayahibe 10k race continues to exceed expectations, making it one of the most anticipated races in the east. “The loyal support of each racer and our sponsors is still vital for the development of this event, our special thanks go out to each one of them for supporting us each year, making this race their own.” She also stressed that this year was for the benefit of the construction of the Bayahibe fire station.

A big congratulations goes out to Soranyi Rodríguez in the female category who earned first place, clocking in at 35:59. She has been the winner in the last four of five editions of the Bayahibe 10k!!! Second place was awarded to Jordania Díaz who came in at 37:45 and third to Jaisa Sánchez at 38:49. Spectators gathered at various points along the route to cheer the runners on and then waited expectantly for the announcement of the raffle winners, which this year included money prizes, travel awards, gift certificates and more. Congratulations to everyone who came out and showed their support for the 5th edition of the Bayahibe 10k!

View a selection of photos taken from the Bayahibe 10k by Melodrone by Yafranny Melo Escorbores on Sunday, September 17th: