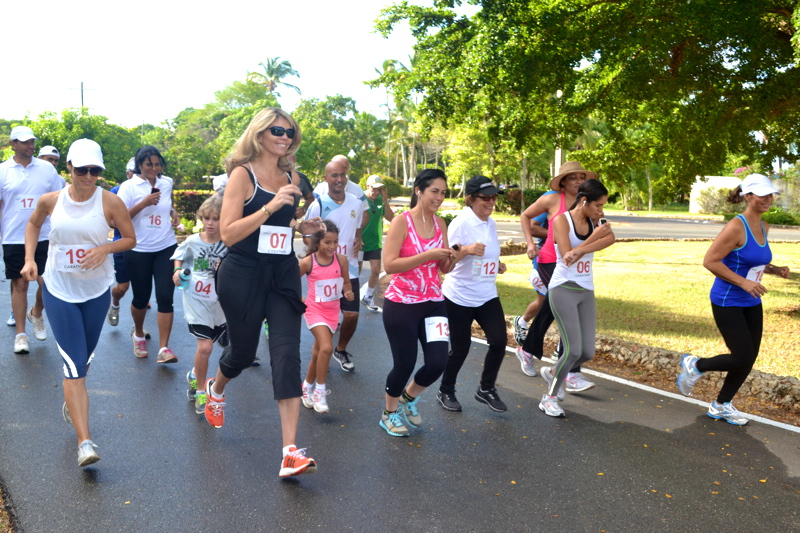 As every year, the sports activities of the Dueños 2014 weekend began very early in the morning of Saturday November 22nd,  with the traditional Casathon, a marathon around the resort, which without a doubt tested the physical condition of the Casa de Campo villas owners.

More than 20 runners divided into 4 categories sprinted off from the starting line surprisingly punctually at 8:55am, following which the fastest were back at the finishing line approximately 25 minutes later.

Runners started the marathon on the Minitas Beach, passing through Los Lagos, then through Caralva taking the parallel route of the main road to go through the Practice Range next to the Casa de Campo hotel and back to the starting point at Minitas beach. “It was a very good and challenging route”, Ernesto Kranwinkel told Casa de Campo Living, who won the second place in the mens under 35 category.

Congratulations to everyone who took part, it was certainly a challenging race – there can be no doubt that everyone was certainly “in it to win it” – especially Arturo Quezada, who finished the race in just 18:18!

The following pictures were taken by Alejandro Heredia during the Dueños 2014 Casathon, on Saturday November 22nd:

Love to run? Get ready for the Casa de Campo Corre!

The “Casa de Campo Corre por el Hogar del Niño” is next Saturday December 6th and will have routes of 5K, 10K and 21K on all areas of the resort, including the borders of the beautiful shores of the Caribbean Sea in the famous golf course Teeth of the Dog, including stunning scenes of the resort.

The event is certified by the Association of International Marathons and Distances (AIMS).

All marathon funds will be aimed at the Patronato Benéfico Oriental, which is developing several social programs, including the completion of the Sports and Cultural Pavilion in the Hogar del Niño School situated in La Romana.