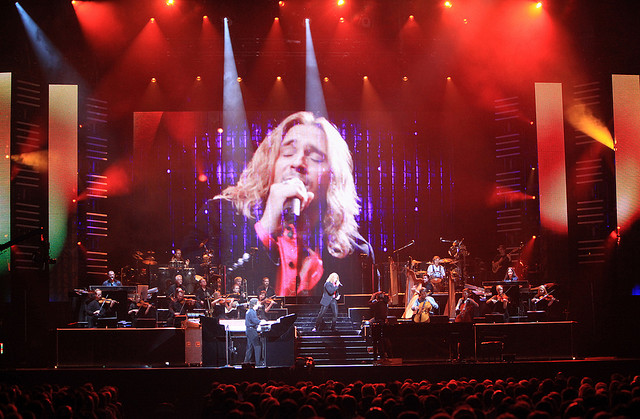 Yesterday we heard that Yanni, the Greek pianist, keyboardist and composure will be performing in Altos de Chavón as part of his first tour of Latin America. We have so far not been able to confirm this ‘rumor’ with Casa de Campo, but given that it has been all over the Dominican news, we are pretty sure that this rumor is indeed true!

According to the Listin Diario, Yanni will be here in Casa de campo performing in the Altos de Chavón amphitheatre on Saturday the 13th of November.

Although I’d never heard of Yanni (what can I say, I’m very ‘mainstream’), having just listened to a number of his videos on YouTube, am I now quiet excited to see this man in concert! He performs with a full orchestra, said to include some of the best musicians in the world

Who is Yanni? The following is a brief description of Yanni and his musical career, taken from Wikipedia

He earned Grammy nominations for his 1992 album, Dare to Dream, and the 1993 follow-up, In My Time. His breakthrough success came with the 1994 release of Yanni Live at the Acropolis, deemed to be the second best-selling music video of all time. Yanni has since performed live in concert before in excess of two million people in more than 20 countries around the world. He has accumulated more than 35 platinum and gold albums globally, with sales totaling over 20 million copies. Yanni is considered to be one of the top fundraisers of all time for public television. His compositions have been included in all Olympic Games television broadcasts since 1988, and his music has been used extensively in television and televised sporting events. His music is frequently described as “new age”, though he prefers the term “contemporary instrumental”.

This video should give you an idea of what to expect from Yanni in Altos de Chavón:

Again, the news that Yanni is coming to Chavón is being considered by us (Casa de Campo Living) as nothing more than a rumor is only because we have so far been unable to confirm this officially with Casa de Campo. In this case we are pretty sure that Yanni really is coming, after all its unlikely that all the Dominican newspapers are wrong….

We’ll be back (we hope) with confirmation and more details!