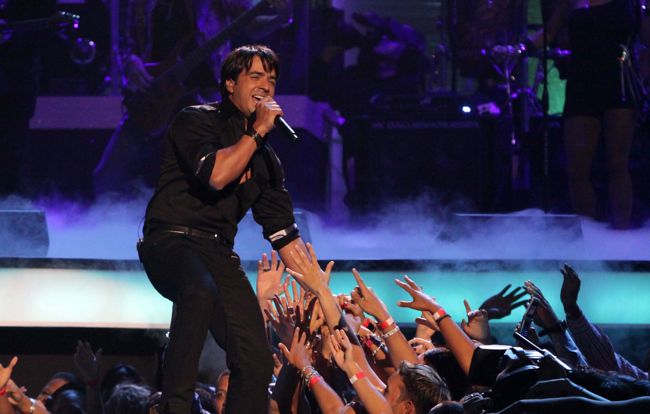 Rumors may be positive or negative, but this one might just get some young ladies really excited! We have heard that Luis Fonsi, who is in the middle of his world tour, might be performing at the Altos de Chavón’s amphitheater this April 2012 to the delight of fans across the Dominican Republic!

UPDATE: The Luis Fonsi concert has now been confirmed and will take place in Altos de Chavón on Saturday the 7th of April.

As a well known Puerto Rican artist who has won numerous Latin Grammy Awards, the singer and songwritter Luis Fonsi has visited Argentina, Mexico, Colombia and most recently Puerto Rico as part of his world tour “Tierra Firme”, the name given to his latest album release. According to rumors, it seems that his next stop may well be in the Dominican Republic at our gorgeous amphitheater in Altos de Chavón, Casa de Campo!

Although these rumors have not yet been confirmed, it is not a secret that every year, Casa de Campo hosts a massive concert on “Sábado Santo” (during the Easter Holidays!) – so could Luis Fonsi be the “Sábado Santo” headliner?

Guess what? His Dominican fans on their twitter account recently announced that the show at Altos de Chavón has been confirmed (“Confirmed: Luis Fonsi’s concert will be in Altos de Chavón!! Will you really make us chase you down there?”) and in reply to that, Fonsi who also has a twitter account, replied with a “yessssssss” :

And as the Altos de Chavón amphitheater is a famous international venue, that in it’s 30 year history has hosted more than 160 concerts performed by international artists such as Marc Anthony, Duran Duran, Daddy Yankee, Alejandro Sanz, Sting, as well as Frank Sinatra, who inaugurated the Altos de Chavón amphitheater in 1982, it is possible that this year (and for the first time) this 5,000 seater open air amphitheater will vibrate to the rythms of  “No te cambio por ninguna”, “No me doy por vencido”, “Gritar”, “Llueve por dentro”, among other songs which the Puerto Rican artist has made famous over the last 10 years.

Christian Daniel to open for Luis Fonsi?
And if you thought these rumor couldn’t sound any better, here is another one: It seems that the Puerto Rican actor and singer, Christian Daniel, who recently filmed a music video at La Cantina in Altos de Chavón, might be opening Fonsi’s show if he comes to Altos de Chavón! Again, remember this isn’t confirmed either, but it definitley sounds good!

To be honest, it wouldn’t surprise us if these rumors were soon confirmed. Why? Well.. For many years, Luis Fonsi has been considered a fan of the Dominican Republic! He has performed on numerous occasions in Santo Domingo, the last one being on August 8th in 2009 at the “Palacio de los Deportes” stadium, where he was joined by his (now) ex wife and huge fan of Casa de Campo, Adamari López.

The latin pop artist has also been seen on several other ocassions; during the Dominican Baseball Season supporting “Las Estrellas” team in San Pedro de Macoris, as well as enjoying a few drinks and dancing to good music at the Marinelly Bar in La Romana town!

This photo was sent to us by Cesarina herself, who works at ERH Marine in the Marina Casa de Campo and who had the pleasure of meeting Luis Fonsi at Marinelly Bar in La Romana! Thanks for sharing Cesarina!

We do hope that Luis Fonsi’s concert at the Altos de Chavón amphitheater becomes a wonderful reality and if by any chance these rumors are confirmed in the future, we will definitely bring you all the details about the event!