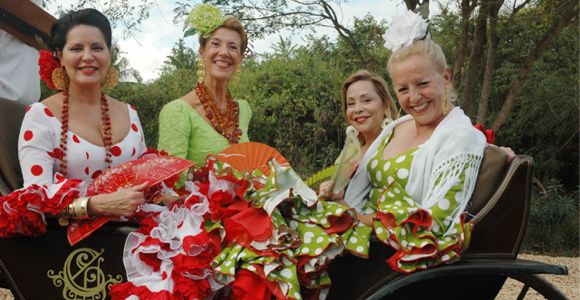 With all rumors this far ahead of time, we won’t hold our breath, despite this coming from an excellent source. To clarify, our doubt is not so much with the Feria Andalucia, per say, but more a question of the uncertainty of the global situation. Nevertheless, the Feria Andalucia en el Caribe shall continue!

To be clear, the rumors of the Feria Andalucia en el Caribe taking place in November 2010 have yet to be made official, though we have it on excellent authority that this is the plan indeed. There is quite a bit of buzz going on as well, regarding various other elements of the Feria, including rumors of a change in location, rumors of artists expected to perform during the concert and much much more!

While no ‘official’ word has leaked out, we understand that there is quite a bit going on, which we’ll keep reporting about as soon as we hear anything new! To learn more about the Feria Andalucia en el Caribe and read official news and information, visit their official site: www.feriaandaluciaenelcaribe.com.

Now for the class participation part of the article! What would YOU like to see changed, added, improved regarding the Feria? Seriously. We want to hear your thoughts and pass them along to the organizing team of the Feria Andalucia en el Caribe, whom are always excited to get some feedback!