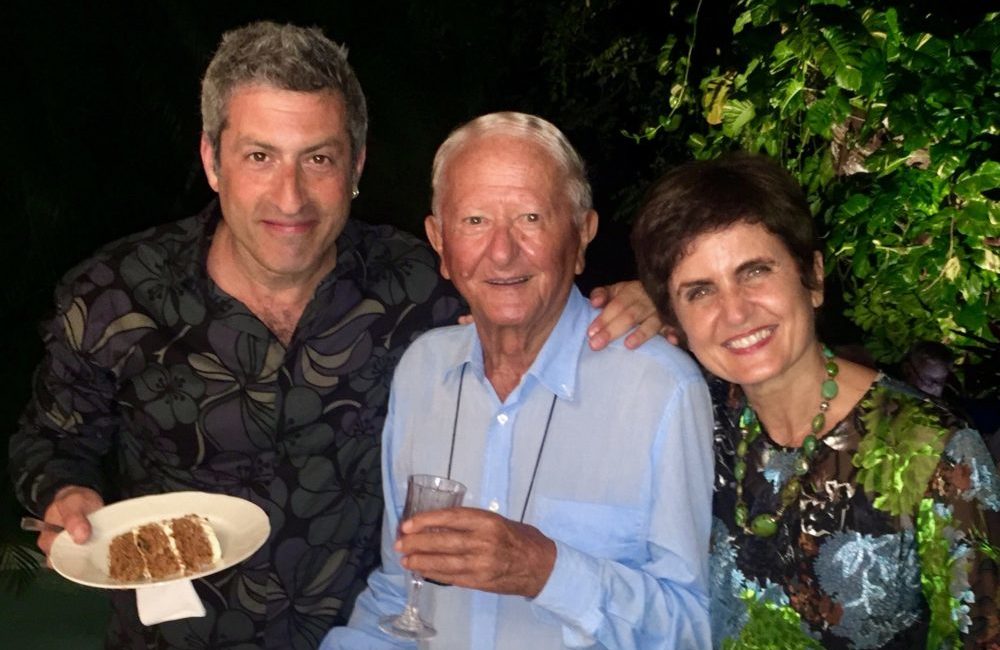 The always smiling Rudi Spadafora has a lot to be happy about! The just-turned 89 year old celebrated his birthday Saturday evening surrounded by friends and family in his Casa de Campo villa. In attendance were close friends like Bibi Palmieri, Luigi Calegari, and Marty Chattman as well as notable community members including Yrene and Mauro Caslini of IB Nautica; Spanish painter, Fátima Renedo; former Ambassador for Italy in the Dominican Republic, Enrico Guicciardi and his wife Susanne; as well as Dean of Altos de Chavón School of Design, Stephen Kaplan; Fine Arts Director, Raúl Miyar; and Director of the Planning and Design Department for Costasur, Adolfo Despradel, among others. Many have known Rudi since his arrival here to the resort in the early 1990s and took to celebrating an exquisite birthday in style. 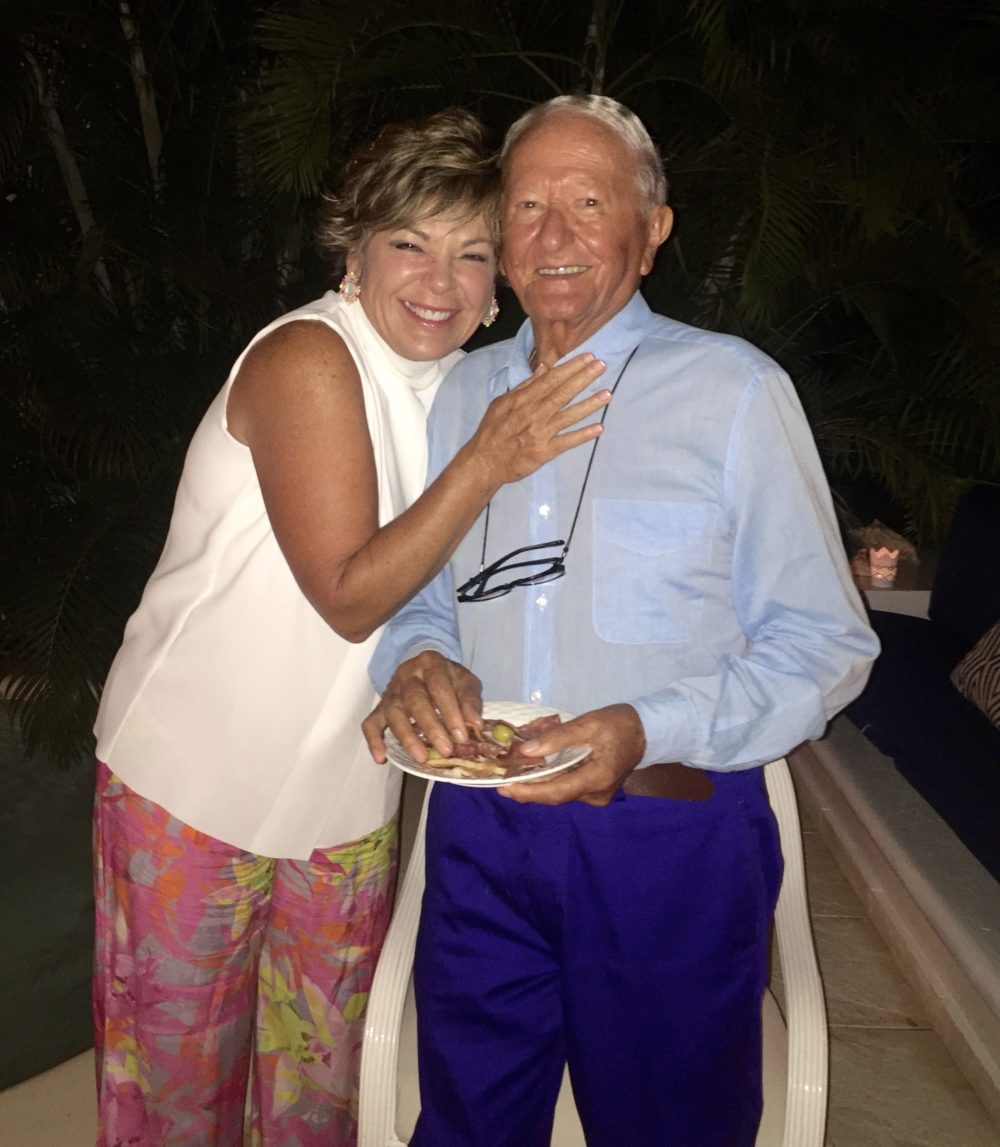 Guests filed into the Tennis villa no. 28 around 8 p.m. looking snazzy in cocktail attire — Stephen Kaplan donning a handsome, grey chacabana and Marilyn Chattman a tiered, beaded choker. Rudi’s daughter, Marina Spadafora, Fashion Director of the Chavón School of Design, is always lovely and this evening took on an Audrey Hepburn-esque appearance with her youthful pixie-cut. Rudi’s birthday dinner included fish, chicken, penne pasta, and Chinese rice noodles with shrimp and veggies, all prepared by their amazing staff; it disappeared quite quickly! Rudi, a well-known world champion fly fisherman, was especially excited about the red snapper, purchased in town earlier in the day. Throughout the night, talk of Rudi’s past fishing trips in Alaska, Scotland, Iceland, and Tierra del Fuego in Argentina fluttered through the air, many stopping to admire the birthday boy’s wall of framed magazines where he made the cover.

Party goers gathered around to sing a very warm “Happy Birthday” to Rudi, where he blew out candles on two different desserts! Guests indulged in delicious carrot cake and tiramisu. In-town for a short layover is his son-in-law, Hollywood international filmmaker, Jordan Stone, whose most well-known work includes the award-winning film Somewhere directed by Sofia Coppola that took home the Venice Film Festival’s top prize, the Golden Lion in 2010, and Irwin & Fran which he directed and produced that garnered the Best Film Award at The People’s Film Festival in NYC in 2013. Jordan is currently based in Milan, but happily taking some time for family in Casa de Campo. 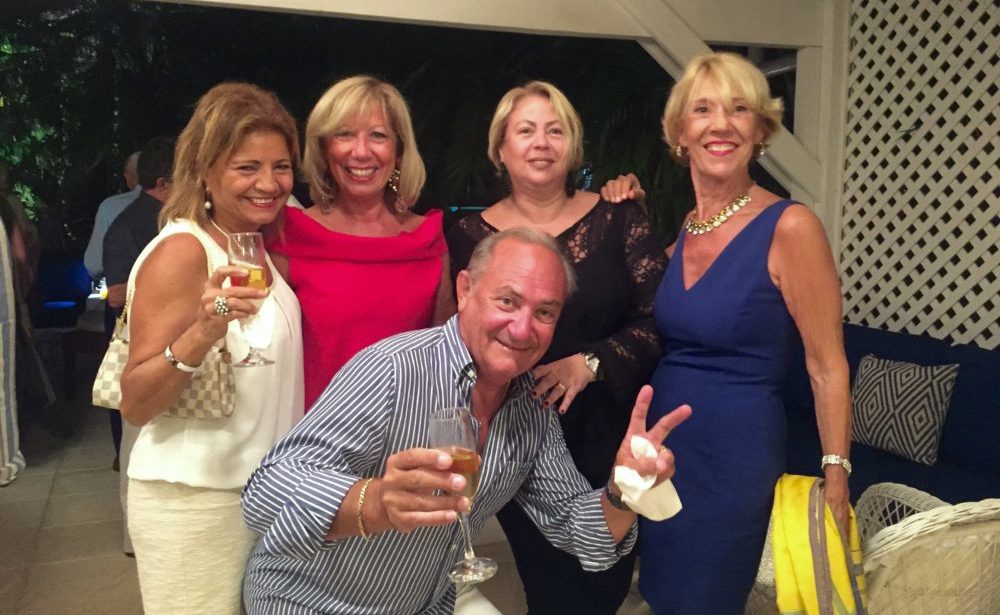 Sitting al-fresco, everyone chatted late into the evening before turning the family home into a disco! Ladies danced well into the late hours of the evening, playing some all time rock and roll hits, as well as Marina’s favorite, “Ray of Light” by Madonna. Spotify didn’t disappoint this group of women! Jordan says of Marina, “She likes to end a party with dancing.” Clearly, it was a good move because Rudi remarked it was one of the best parties he’s ever had. There’s a saying that goes, “If you spend enough time in the Dominican Republic, you gain 10 years;” this is certainly true for Rudi who is as spirited and lively as ever. We wish him the happiest of birthdays and are excited for next year’s BIG 9-0!

See more photos from Rudi’s 89th birthday in the gallery below: