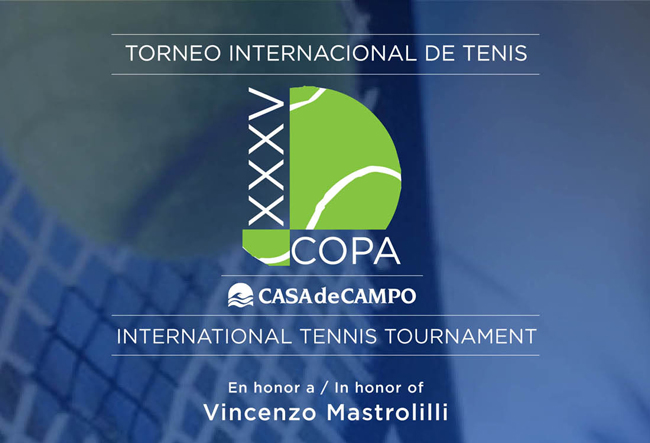 From this Thursday the 28th of August to Sunday the 2nd of September, the 35th annual “Casa de Campo-Proseguros Tennis Tournament” is being played at the La Terraza Tennis Club in Casa de Campo, this year in honor of tournament founder, Vincenzo Mastrolillli – and the Casa de Campo hotel has extended an extra special rate for Dominican competitors starting from just US$79 per person!

The long standing tournament, will once again be held at the La Terraza Tennis Center in Casa de Campo and already has more than 150 players registered to take part from across the Dominican Republic and around the world; Puerto Rico, Aruba, Curacao, Bonaire, Saint Croix, Venezuela, Colombia, the USA, Spain and Italy!

All tennis players over the age of 21 are welcome to take part and with Dominican competitors able to stay at the Casa de Campo Hotel from just US$76 per person – why not give it a go?!

Details of the “Casa de Campo-Proseguros Tennis Tournament” are as follows:

This year the “Copa Proseguros – Casa de Campo” tennis tournament is being sponsored by Infiniti, luxury performance automobiles – so you can look forward to seeing a selection of their sleek automobiles on display and if you ask nicely you may even be able to take one for a test drive! Other sponsors include Casa de Campo, Proseguros and the Central Romana Corporation.