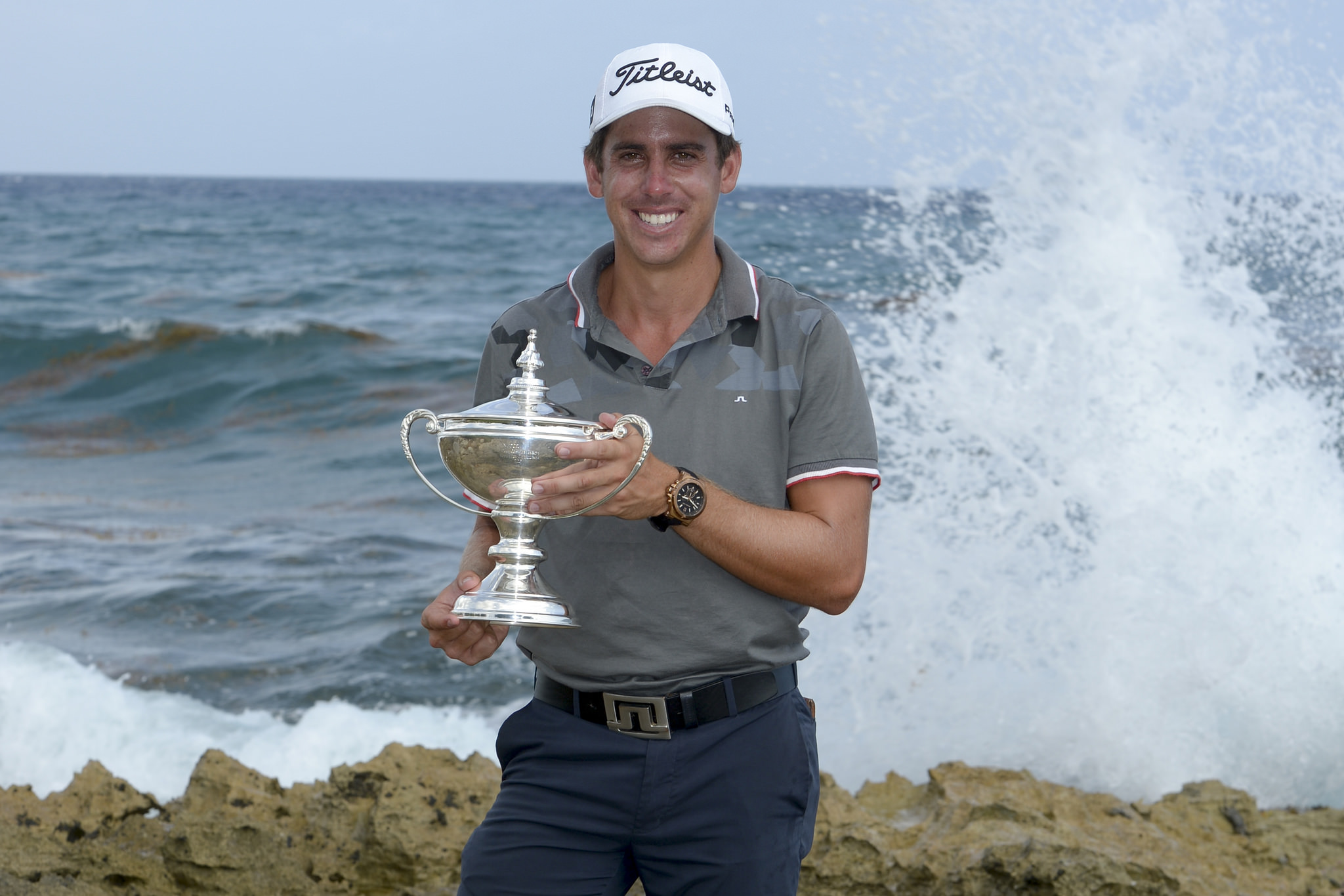 Last week the Casa de Campo’s most famous golf course, the Teeth of the Dog, had the honor to host for the second consecutive year the Dominican Republic Open, and this was the scenario where the Mexican Rodolfo Cazaubón won his second title of the season for the PGA Tour Latinoamerica 2015.

Over a month ago, Rodolfo Cazaubón won his second professional title in the Panama Lexus Classic, and a few weeks later, last Sunday June 7th, won the DR Open 2015 with a three stroke lead over Santiago Rivas from Colombia and Alex Rocha from Brazil and thus earned his second title of the year on the PGA Tour Latinoamérica.

With these two victories in the first half of the PGA Latinoamérica season (7 tournaments played so far), Cazaubón managed to overtake the Argentine Tommy Cocha, as the leader of the Order of Merit for the tour, with earnings of US$80,406.

Cazaubón’s performance was very solid during the four days of the competition, handing in scorecards with rounds of 70,69, 67, 72 to establish his victory as the overall winner in 10-under par 278.

Santiago Rivas from Colombia and Alex Rocha from Brazil both totaled 7-under par, 281 and shared the second place of the tournament. Special mention also to the Dominican Willy Pumarol who finished the DR Open 2015 totaling 6-under par 282 sharing the fourth place with Vince India and  Justin Hueber from the United States.

The crowd then gathered to congratulate our winner, Rodolfo Cazaubón, and watch as he received his prize. Taking part in the prize-giving ceremony were the executives of the Dominican Federation of Golf (FEDOGOLF) as well as the staff in charge of the Casa de Campo Golf Department, headed by its director, Gilles Gagnon.

The following collection of photos were taken by Enrique Berardi during the Casa de Campo DR Open 2015 played on the Teeth of the Dog: