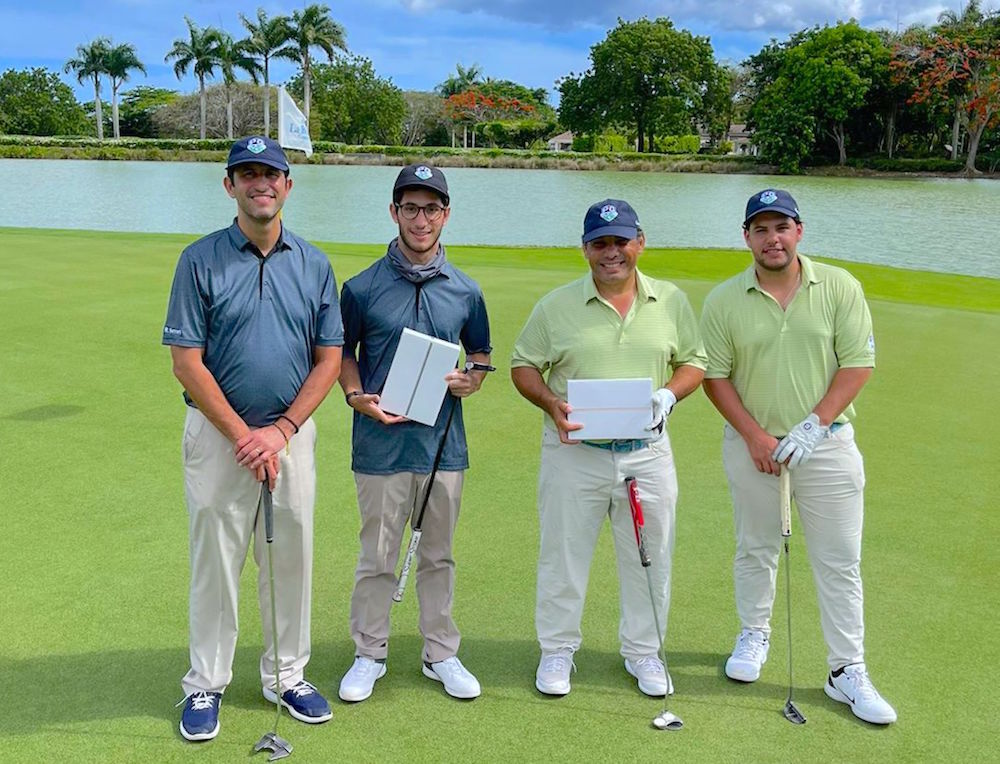 The first edition of the “PQ Parents and Children Golf Tournament” organized by the PQ Association was a resounding success! It was an incredible gathering between friends, parents, and children, where all the sanitary measures recommended by the authorities were adopted.

The tournament took place at La Romana Country Club, Casa de Campo, and the couples formed by, Roberto Herrera with his son Roberto Andrés Herrera Sosa and Sócrates Cuello and his son Sebastian Cuello, took home the crown after a tie with a net score of -3, in Scramble mode.

“The PQ Parents and Children Golf Tournament adopted the essence of the now traditional PQ tournament; a fun and collaborative event, but this time heightened thanks to the participation of our children. Spending time with them and transmitting the PQ seal to them and what it means for all the members, makes the essence of it last over time,” highlighted Miguel Roig, president of the PQ Association.

In the first parent-child tournament, 16 couples participated, under the technical direction of Raúl Cendoya and thanks to the official sponsorship of La Bodega with its Stoli, Herradura Ultra, Glenfiddich, Sela, and Santiago Rodríguez vodka.

* Photos and information sent by organizers