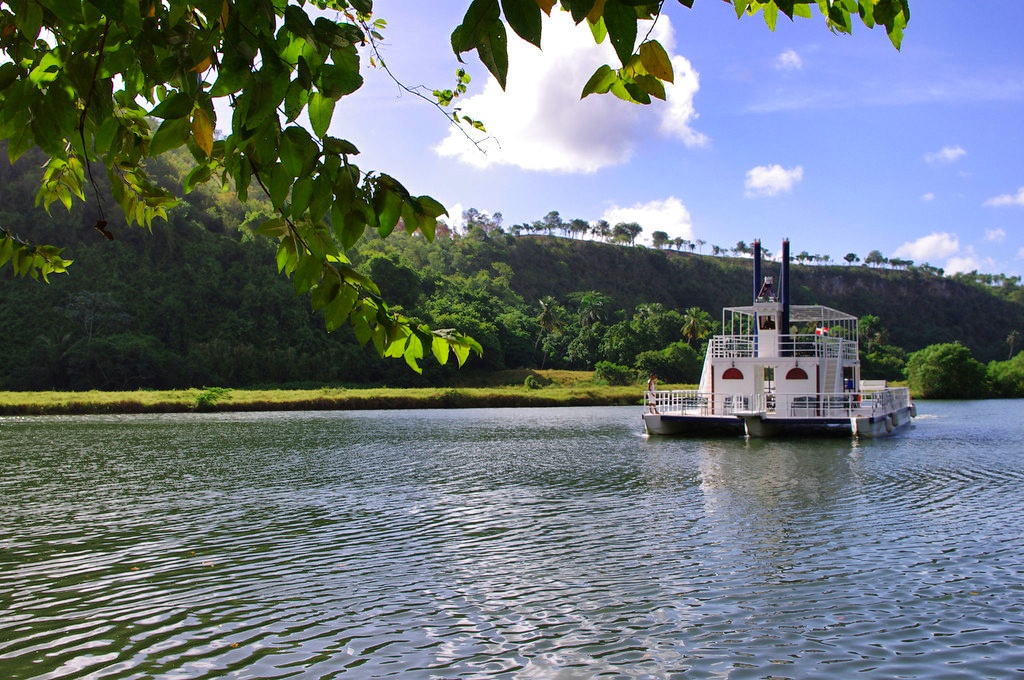 The 10th annual McDaniel Teaching Pros tennis tournament will be played next week from the 11th to the 15th of March and to celebrate the organizing committee have planned a river cruise and putting contest in addition to all the other activities.

The principle fundraising effort for the Ball Boy’s Scholarship Foundation, the tournament is played between the teaching professionals and ball boys of the La Romana Country Club and the La Terraza Tennis Club in Casa de Campo, and featuring some of the best players in the country is always an exciting and popular event among Casa de Campo villa owners, residents and visitors alike.

The tournament opens on Wednesday March 11th with the Doubles Exhibit between Francisco Concepcion and Edwin Guerrero from La Romana Country Club and Pedro Nolasco and Jose Felix Santana from La Terraza Tennis Center. The tournament games will then take place on Thursday, Friday and Saturday at La Terrazza Tennis Club, with the finals scheduled for 4pm on Sunday at the La Romana Country Club. Spectators are very welcome.

After the finals on Sunday there will be a private dinner and cocktail party for the ball boys, players and the tournament sponsors. If you are not a sponsor and would like to attend you may do so at a donation of US$50 per person.

So before we get into the exciting news of the other celebrations, let’s remember that this tournament is a fundraising activity. The McDaniel Tennis Tournament raises money to allow the foundation to provide scholarships to the ball boys, as well as health insurance and English lessons to the players, and has also recently introduced a mentor program. The mentor program is already up and running and has paired more experienced players with younger ones in order to help coach them to improve their tennis game, while also giving them positive role models for life.

So far this year US$48,000 has already been raised thanks to the generous donations of individual sponsors of the Casa de Campo community, as well as corporate sponsors. But they still need more. The fundraising goal is US$60,000 which will enable the foundation to send a former ball boy to college in the United States for a semester.

So speaking of donations and sponsors… in order to say thank you to all those who have donated, the McDaniel Foundation is hosting a celebratory river cruise next Saturday March 14th. Everyone who has donated at least US$150 per person is cordially invited to attend, however as spaces are limited you do need to RSVP to Pablo Green at [email protected] / (809) 523-5940 or (809) 523-5939. The river cruise will be departing from the dock on the Chavón river in the Marina Casa de Campo at 5pm, returning at approximately 6pm.

This fun activity is open to everyone! With a fun 4-hole course designed by Casa de Campo’s Director of golf, Gilles Gagñon, the Putting Contest is just US$20 per go and will take place between 6pm and 7pm on Friday March 13th. Prizes include dinner for 4 at La Romana Country Club’s Friday Night BBQ, a round of golf on the Links for 4 people, dinner for 4 at Café Marietta and Punto Italia, and dinner for 2 at La Morela, Peperoni and Limoncello. For more info contact Lou Gilmore at ext. 8461 or 829.636.9744 / [email protected]

When: Saturday the 14th of March, 5pm

Meeting point: the dock on the Chavón river in the Marina Casa de Campo

Donation: Everyone who has donated at least US$150 per person