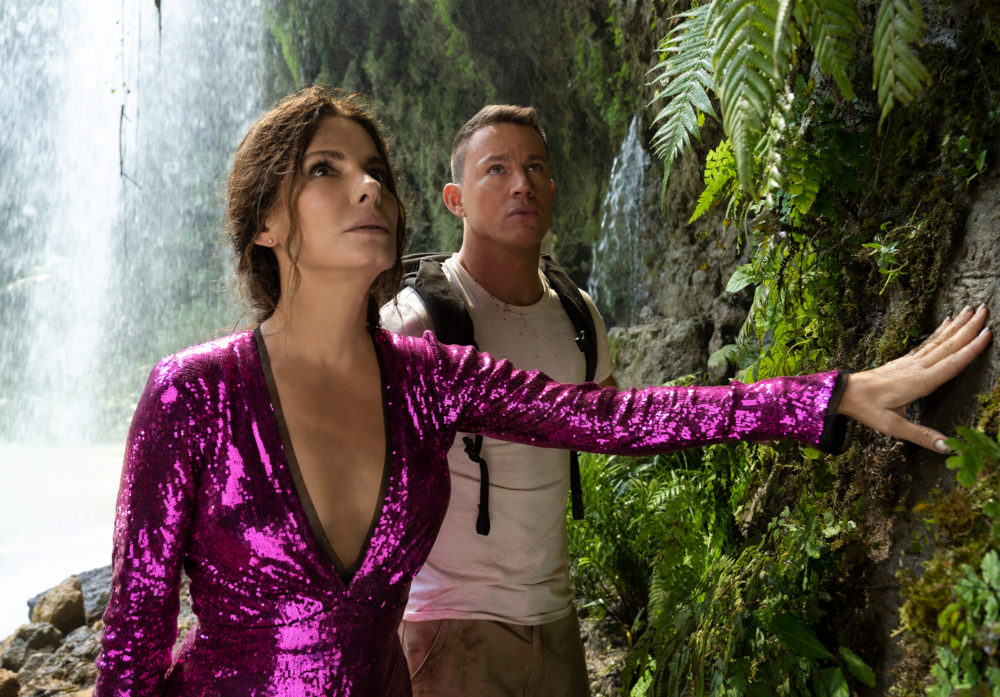 The first trailer for the new Rom-Com The Lost City is out, showing Sandra Bullock and Channing Tatum relying on each other for survival. Daniel Radcliffe plays a villain in The Lost City and watch out for Brad Pitt’s hilarious cameo!

The Lost City focuses on the story of a romance-adventure novelist Loretta Sage (Bullock) who is kidnapped by a millionaire (Radcliffe) who simply does not want to understand that her publications are a work of fiction and wants her to guide him to a mysterious lost city. Determined to help Loretta, and prove he’s not just a cover model, Alan (Tatum) joins her in the wilderness, where the pair have to overcome the jungle’s comically harsh realities, from steep cliffs to persistent leeches. Then there’s the greatest threat to Tatum’s hero’s journey — a cameo by Brad Pitt, a true adventurer, who explains the reason he’s also so handsome, “My dad was a weatherman.”

The film was shot in Samana, Santo Domingo, Pinewood studios and guess where else?! Our very own Casa de Campo! In the trailer, if you pay close attention there is there’s a glimpse of how Altos de Chavón was completely transformed! The movie is set to premiere on March 25th, and we will definitely let you know once it’s on the La Marina movie theater movie board!

Without further ado, you can watch the trailer for The Lost City here: