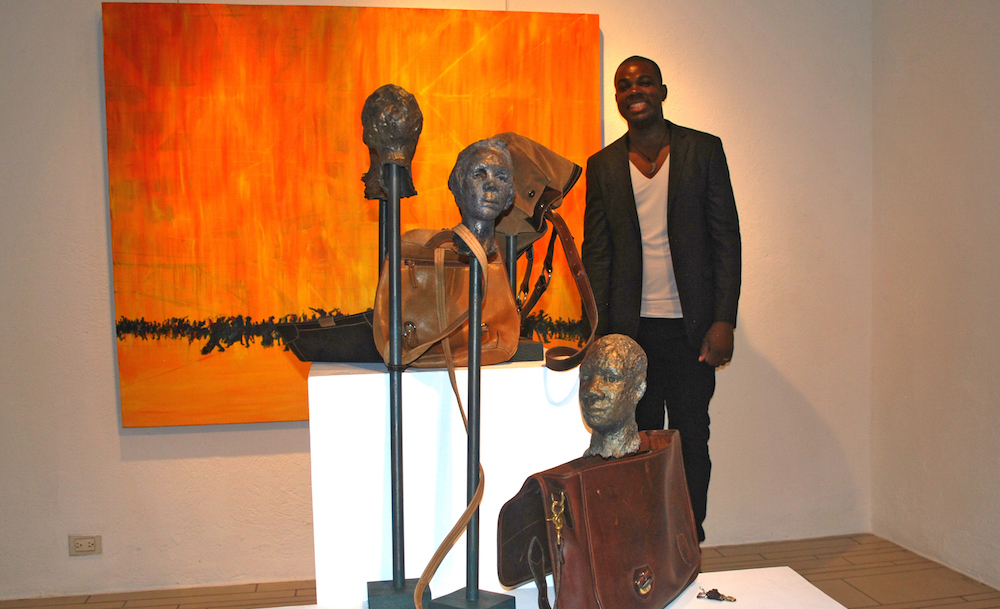 In June 2017, Mildor Chevalier was awarded the coveted United States 01 visa for exceptional talent in the arts. His rise to recognition and continuing success in the highly competitive field of fine arts in New York City is a remarkable story with Altos de Chavón’s School of Design at its heart.

Born in La Victoire in the north of Haiti Mildor’s father was renown, in the tiny town, for his meticulous craftsmanship as building fine wooden furniture. In 2000 his son, Mildor, traveled to Santo Domingo, studied Spanish, which he speaks fluently, he added it to his native Creole, and French. (Subsequently, he has learned and is fluent in English and is studying Farsi.)

In the Dominican Republic he strengthened his studies in the arts by taking classes at the Escuela Nacional of Fine Arts in Santo Domingo. His skill at the representative rendering of the human form and sensitivity to landscape won for him a full scholarship to Altos de Chavón for two years. The Provost of Parsons was at the Chavón senior show at which Mildor showed his work. He was so impressed with Mildor’s ability that he awarded him a two-year scholarship to Parsons in New York, worth about U.S. $90,000 dollars. After Parsons, Mildor married his sweetheart, an Iranian woman artist he met while showing his work at an invitational fair in Shanghai.

We’re a long way from La Victoire. His work has been collected by many international curators and connoisseurs. He recently has had a piece displayed in the residence of the American Ambassador to the Dominican Republic. Chelsea Clinton commissioned a piece from him, and countless other American, European, and Asian collectors have bought his work. This extraordinary young painter just completed his masters degree from Fashion Institute of Technology in New Yow, where he lives with his Iranian artist wife.

Now he is showing his work again. The story of his ascension is one of perseverance, talent, dedication, and is intertwined with the Chavón experience of this meritorious young man. The exhibition is at the Gallery Beri in Santo Domingo from September 14th.

View more photos from the exhibition’s opening. It will remain on display for the public until October 10th, Monday to Friday 10:00 a.m. to 5:30 p.m., and Saturday until 1 pm.