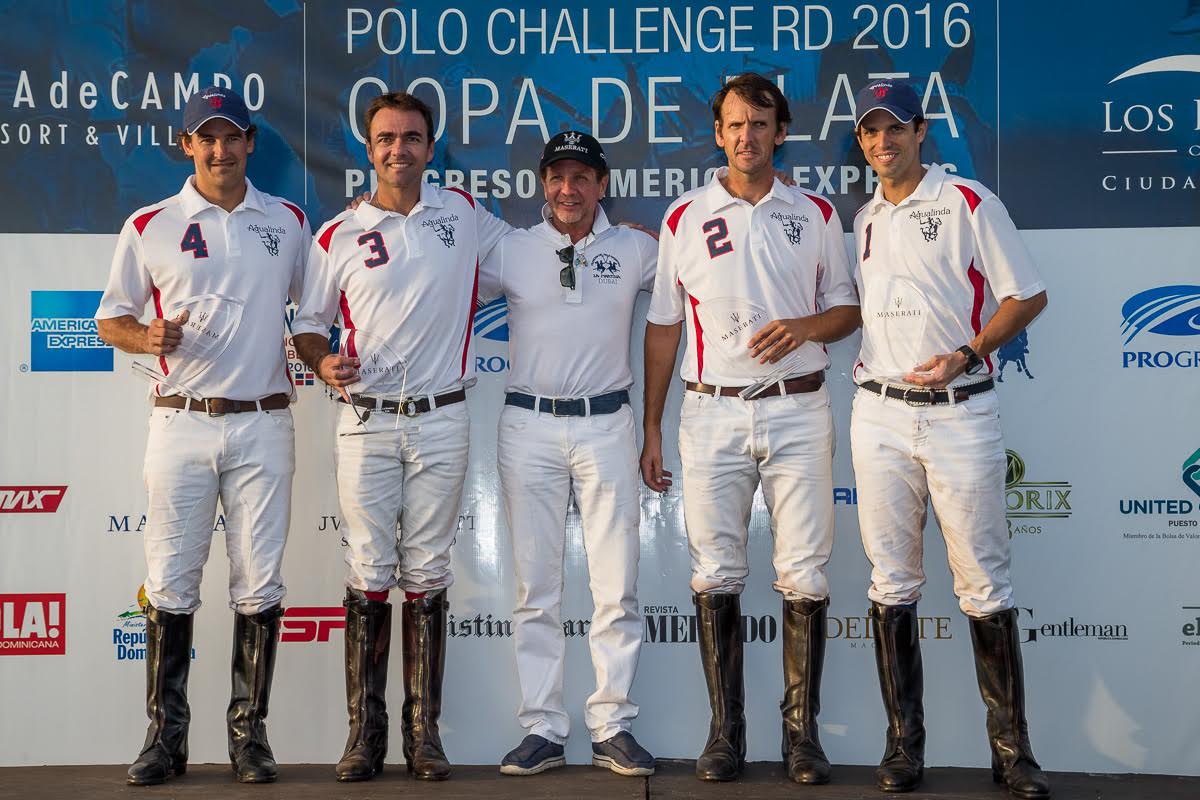 We’re taking a look at all the fast action that was experienced over this past weekend during the matches of the DR Polo Challenge 2016 Silver Cup with games on the fields of Los Establos Cap Cana and Casa de Campo! 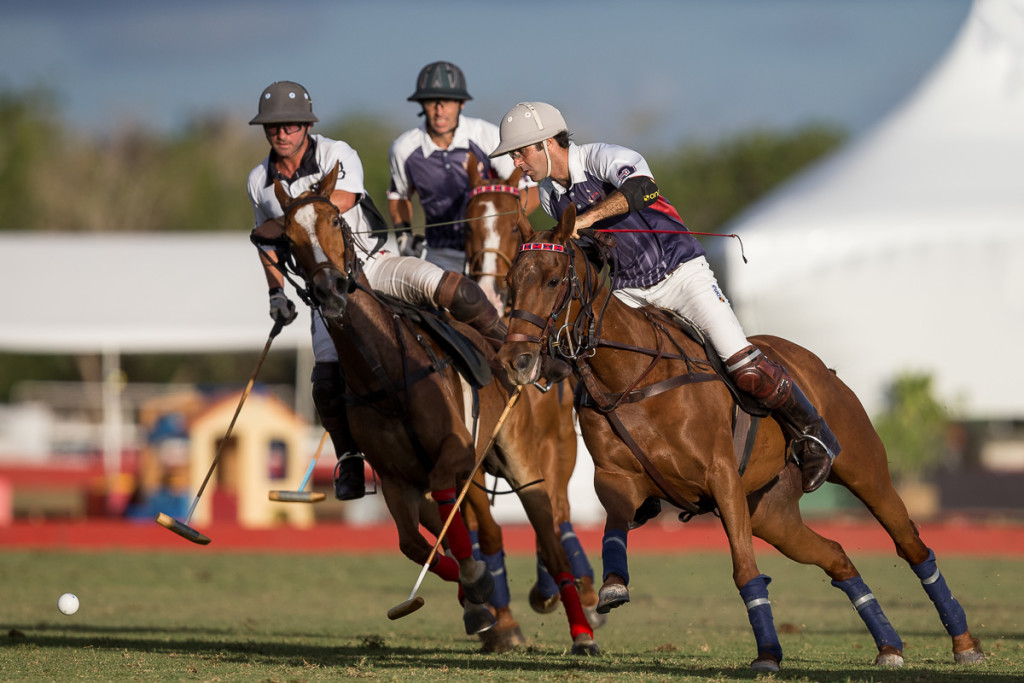 Pitirri managed to hold the Venezuelan team at bay for just one chukka, buoyed by the two goal handicap advantage. However, goals soon came pouring in from the deadly Nero/Vargas duo.

By halftime the score was 4-2. Things got worse in the second half for the Dominican team; Vargas converted three while and Nero scored another, making it 9-3. Santana managed a goal in the fifth, but it was too late for Pitirri. Maiquez had a noteworthy, albeit low scoring, performance, and took his commitment to the next level when he threw himself off the horse in an attempt to tackle Nero. But Lechuza proved too much to handle; they won the game 12 – 5. Jauretche was named MVP.

Meanwhile, at Lechuza, Test Drive and Los Samanes battled it out in a great match between two powerhouses. Test Drive got off to an outstanding start, scoring 4 and 3 goals in chukkas 1 and 2, respectively. However, the team failed to score later on. Los Samanes didn’t have a good start – they were unable to score in the first – but they eventually found their pace. Sadly, the damage was done for Los Samanes and Test Drive finished victorious, by 11 goals to 9. Iñaki Laprida was chosen as MVP. 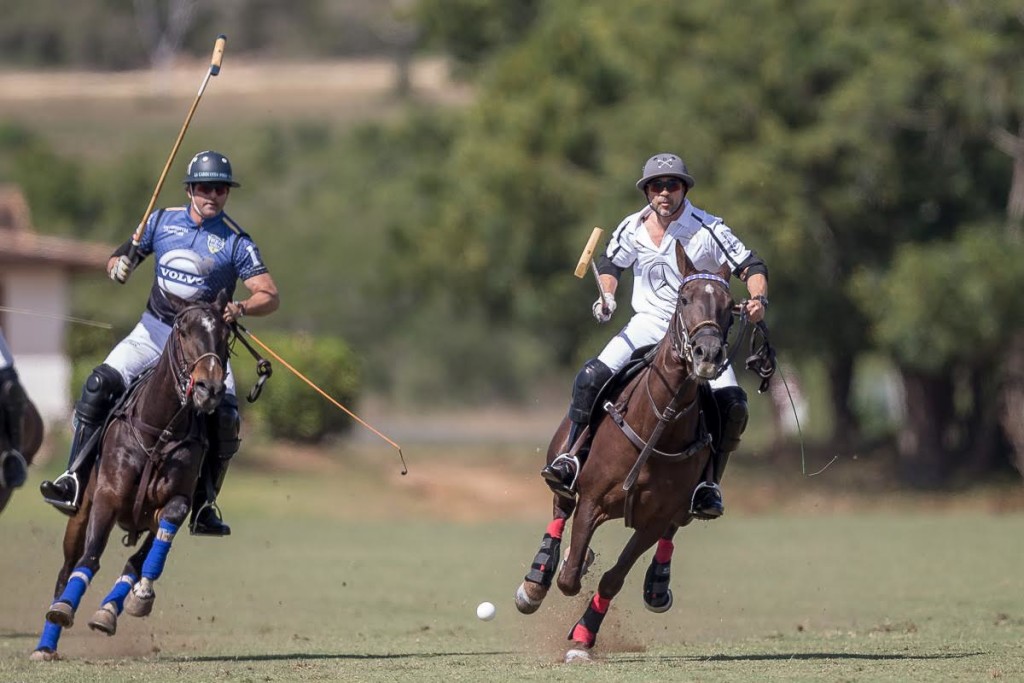 La Carbuccia stumped any hopes that Los Establos had of coming back in the Silver Cup, as Bete Donovan’s undeniable roster of goals continues to build – he scored 7 in this game, and another from the centre of the field (5A) in the third chukker. Zorilla won MVP and contributed to La Carbuccia’s victory with 4 steady goals of his own in the first half. Ignacio “Cubi” Toccalino was able to muster 5 goals; he showed a valiant joint effort with Muzzio in the fifth, but somehow Los Establos still haven’t found their groove in this series. The final result was 12-9 to La Carbuccia.

Casa de Campo gave Agualinda a great run for their money on Casa de Campo’s number two ground. Although the score favoured the hot team from Caracas, it wasn’t for want of attacks from the home team. Pieres was outstanding in defense and attack, as was the slightly more acclimatised Araya. Stirling was the reliably brilliant dynamo behind three very effective attackers – Vargas, James and Donoso – the latter scoring two tremendous goals. It was an exciting game despite the asymmetry, with 7 goals being scored in the last chukka. Agualinda won 11-7. 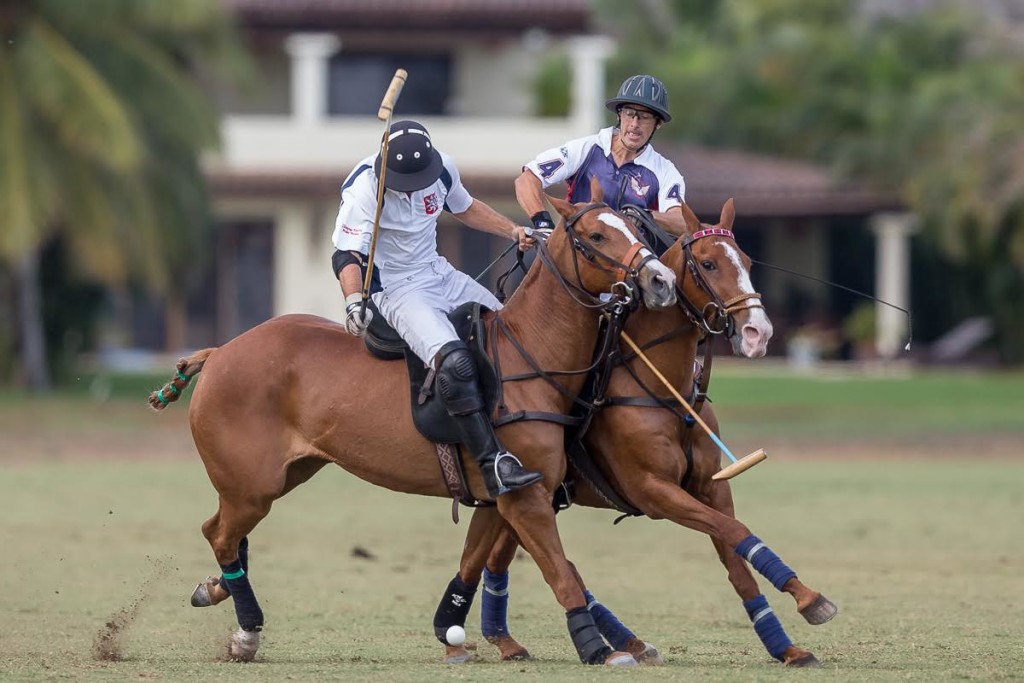 Sunday, February 21th: Rainy End of Qualifiers: Lechuza and Los Samanes were the winners of the day

The first game of the day took place in the morning at Lechuza Caracas RD. A small change to the Los Samanes line up made little difference to the final result in their fixture against Pitirri. Ignacio Rivas replaced Carlos Silva at number one, but Santi Toccalino continued to dominate the scoreline with 6 out of his team’s 11 on the uncharacteristically wet and windy day in the Dominican Republic. Pitirri only managed 4 for a total of 6 with their handicap advantage. Final score 11 – 6 and MVP Juan Ambroggio. 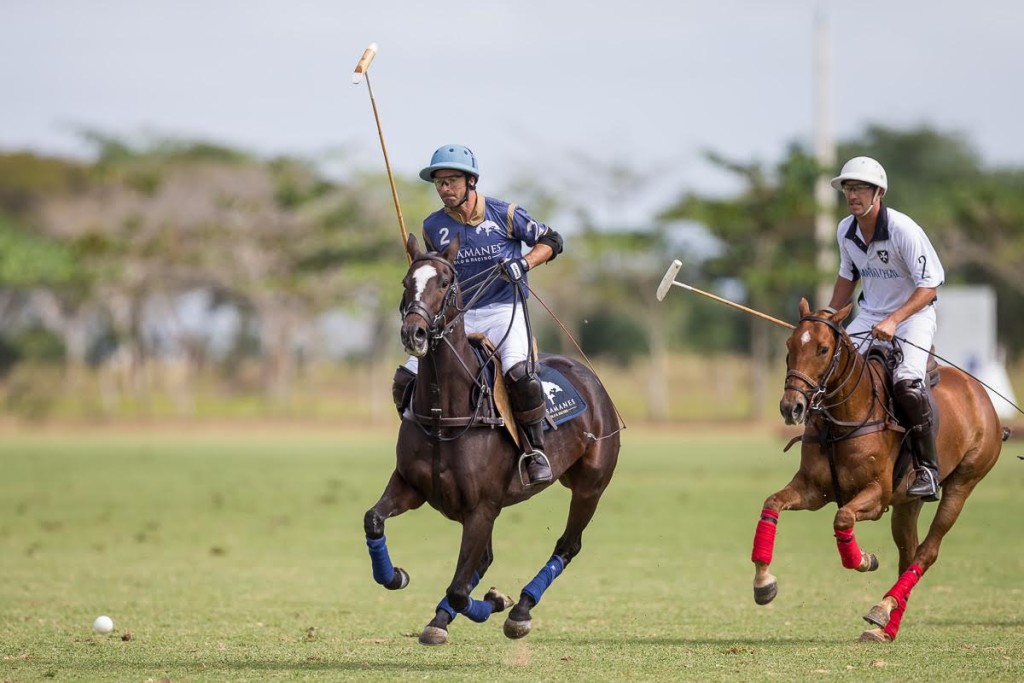 Lechuza and Los Samanes were the winners of the day.

In Lechuza’s closest brush with a loss yet in the tournament. Its competitor Test drive played a blinder and capitalized on every opportunity, bringing the fight to their opponents. Novillo Astrada put home the goal of the tournament with a neck shot backhander to bring the score to 6-5 and Laprida put in the equalizer to make it 6-6 in the 4th chukka . It was in the 5th chukka that Nero really stepped it up and Lechuza gained 3 more goals while Test stayed silent. A gripping final chukka saw another couple of exceptional goals from James and Novillo Astrada but it wasn’t quite enough to topple the favourites from the top spot… 9-6 was then the final score.

The semifinals and subsidiary semifinals of the Silver Cup will take place on Wednesday. Agualinda, Lechuza and Test Drive are already qualified for the semis, while tomorrow the fourth spot will be defined by penalty shootouts between Los Samanes and La Carbuccia.