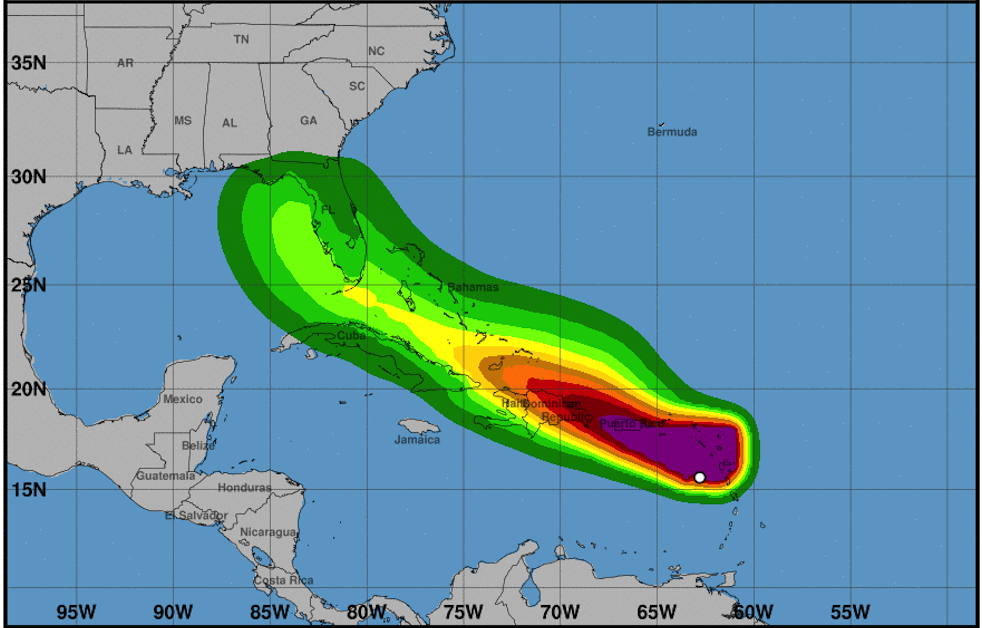 Breaking news! According to weather.com and the National Hurricane Center, have dubbed this system “Potential Tropical Cyclone Nine” Tuesday, a procedure allowing the NHC to issue advisories, watches, and warnings for a system that hasn’t yet developed, but poses a threat of tropical-storm-force or hurricane-force winds to land areas within 48 hours. Although it is early to tell – it is currently predicted to become Tropical Storm Isaias, which could be affecting the Dominican Republic by tonight.

The center of the potential tropical cyclone nine is located approximately at latitude 16.0 north and longitude 64.4 west, this is about 860 km southeast of Saona Island, winds of 75 kph, stormy winds that spread at about 445 km outside its center, and moving west/northwest at about 37 km/h.

The ONAMET, the Dominican Republics official meteorology office, has reported that there are heavy cloud formations due to a marked northeast wind flow associated with the current potential tropical cyclone nine, which will produce downpours, thunderstorms, frequent and occasional gusts of winds during this afternoon in the north, northeast, southeast, Cordillera Central and the border.

As of tonight and early Thursday morning, the system will continue to advance west/northwest closer to our territory, and as a result of its extensive cloud activity that accompanies it, it will increase the rains significantly, expecting heavy downpours at times, occasional and intense thunderstorms. gusts of wind over the country.

So what does this mean for the Dominican Republic, La Romana, and Casa de Campo?

Whilst here at Casa de Campo Living will do our best to keep you informed, for up to the minute notifications check out: