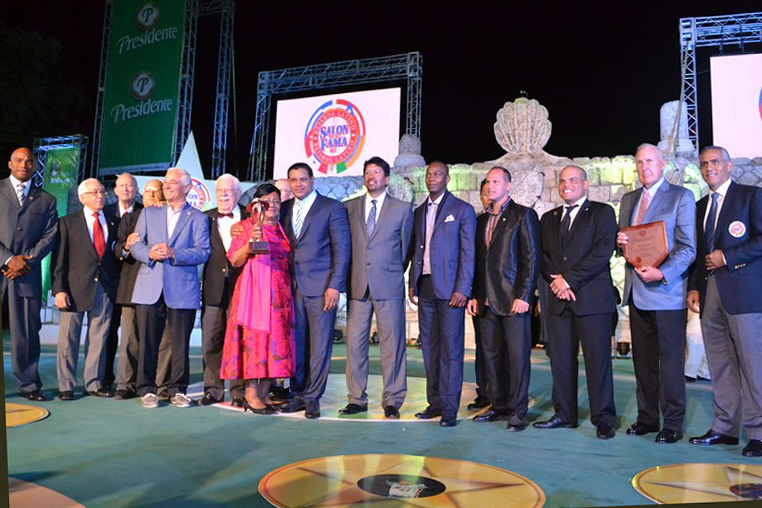 Once again the Altos de Chavón amphitheater witnessed the induction of many baseball legends into the Latino Baseball Hall, during an impressive ceremony held on Saturday, December 5th.

Among the former players in the Class of 2016 were Jesse Orosco from Mexico, Omar Vizquel from Venezuela, Edgar Rentería from Colombia, Ivan Rodriguez from Puerto Rico, Orlando Hernandez from Cuba and Sammy Sosa from the Dominican Republic.

The seventh Induction Ceremony of the Latino Baseball Hall of Fame started around 8:30 pm and was led by the famous commentators of ESPN Baseball, Carolina Guillen, Ernesto Jerez and Antonietta Collins.

Throughout the night we experienced many moments of excitement, astonishment, joy and even tears. After the Dominican National Anthem in the voice of soprano Janette Marquez and the introductory prayer led by Father Victor, Founder and President of the Latino Baseball Hall of Fame, Roberto Weill, came to the stage to express his welcoming to all present.

When it came time to introduce the stars of the night, the first one on the scene was left-hander pitcher Jesse Orosco, followed by the charismatic Omar Vizquel, who made everyone laugh with his excellent sense of humor.

Edgar Renteria was the third inducted and greatly appreciated for having dedicated the ceremony to his native country of Colombia. While the most moving speech among the players came from Puerto Rican Ivan “Pudge” Rodriguez, who shed some tears while dedicating this award to his parents, who were present in the audience.

Sammy Sosa accompanied by his colleagues to the stage

The second to last was Orlando “El Duque” Hernandez from Cuba, and the amazing event ended with the most applauded person of the night, Sammy Sosa, who received his trophy from his mother! She was celebrating her birthday that evening along with Roberto Alomar, baseball legend and one of the special guests who attended.

We celebrated the exaltation of this new class to the LBHOF with a great display of fireworks and felt honored to witness such a significant event in history.

The following photos were taken by Alejandro Heredia in the seventh Induction Ceremony held in the Altos de Chavón Amphitheater Saturday, December 5th: