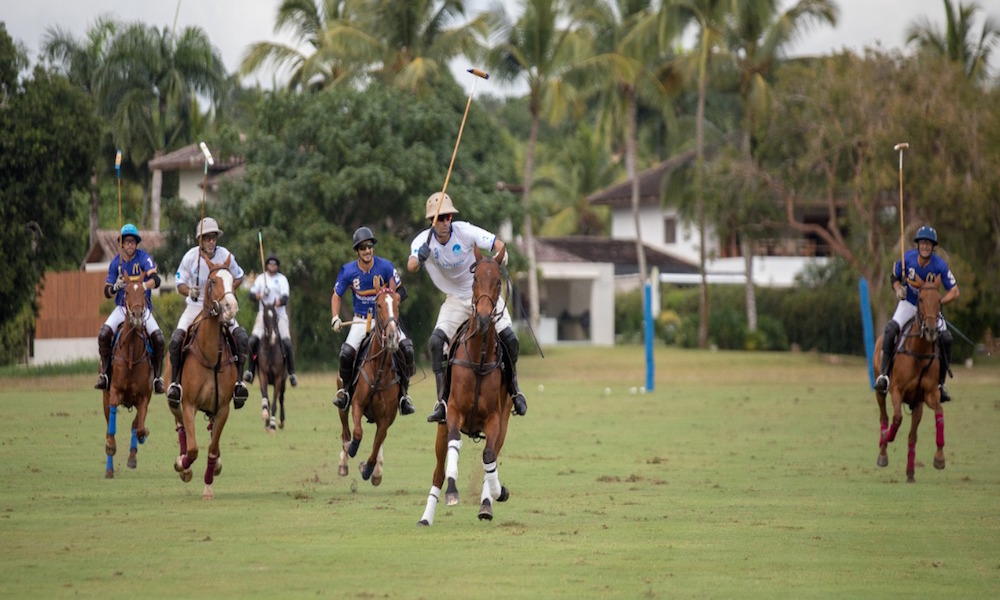 Juan Martín Nero, one of the best polo players in the world, came to Casa de Campo for a well-deserved rest after winning the Palermo Open in Buenos Aires for the 11th time. During his time here, Nero was seen playing golf in the Teeth of the Dog as well as practicing for his next 26-goal tournament in Palm Beach. “Casa de Campo is an extraordinary place to be and it has an impressive polo court,” said Nero.

Some of Casa de Campo’s most avid Polo fans and followers might remember Juan Martín Nero from a few years back when he played with Lechuza Caracas in our very own Casa de Campo Polo Challenge. Nero is an Argentine polo player with handicap 10. He is considered one of the best players in the world and in 2017 was 3rd in the world rankings!

Juan Martin Nero had his first international successes when he won the Gold Cup Deauville (France) and the Gold Cup Sotogrande (Spain) with the Talandracas team in 2001. In 2004 Nero played for the first time in the Argentine Open. In 2008 he was appointed to the Ellerstina team, with whom he won the first tournament of the “Triple Corona”, the Tortugas Open, and a few months later he won the Argentine Open. Following this, his handicap was raised to 10, making Ellerstina a “perfect” team handicap of 40.

Numerous other wins followed in Argentina, the USA, and Europe, including the Cartier Polo World Cup on Snow (St. Moritz, Switzerland), the Gold Cup and the Queen’s Cup (Great Britain), and the CV Whitney Cup (USA). In 2009 he won the USPA Gold Cup (USA) with Lechuza Caracas. For the past couple of years, he had been playing with La Dolfina, now he’s moving on to RS Murus Sanctus, considered one of the best teams in the world.

We hope to see you in Casa again soon!