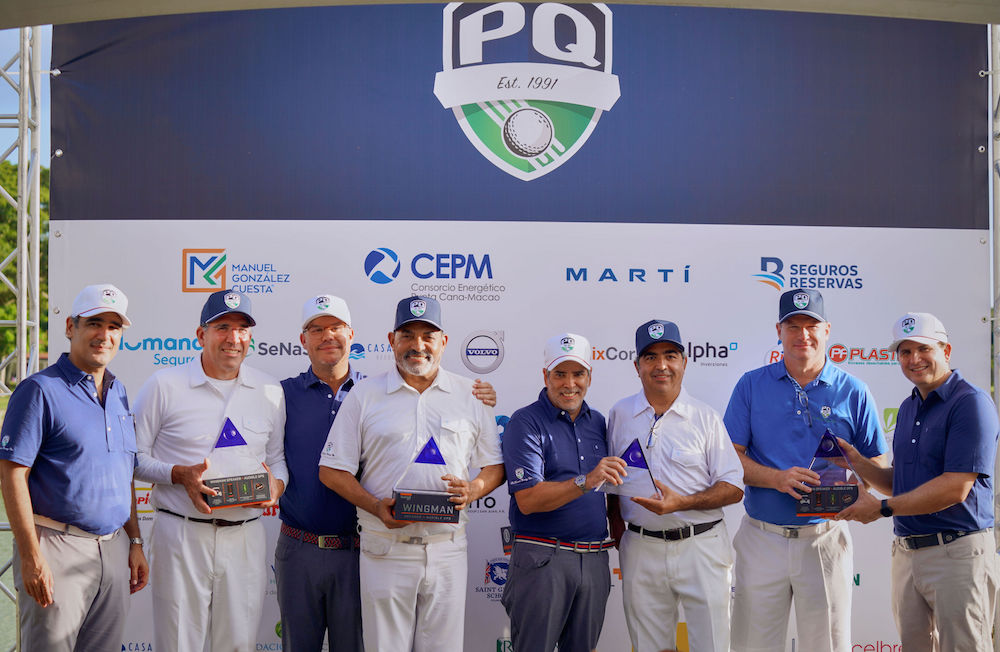 Under the motto “Playing for them”, the PQ Foundation celebrated 30 years of its successful PQ Golf Tournament with a presentation that had the participation of 128 players and a tribute to Kalil Haché as part of the ceremony.

The winners of the tournament with the best Gross Score were Willy Lighgow, José Zapata, Louis Bogaert, and Rodrigo Vitienes.

Held at the facilities of La Romana Country Club, Casa de Campo, the 2021 edition of the now traditional meeting was held, allocating the funds raised to the Friends Against Childhood Cancer Foundations, the Santa Rosa Deaf Aid Institute, and Matrimonio Feliz.

“We have had a year full of challenges. We wish each one of you health and well-being in this coming new year and that we continue to move forward with more force in the face of adversity, ”said Andrés Pichardo, President of Casa de Campo during his remarks at the opening of the tournament.

Similarly, Raúl Cendoya was the technical director of the tournament, who explained that this time the format was a four-person scramble with a gross and net score, the winner being the one who obtained the best gross score, in addition to two categories. , general and silver with two awards each.

On his side, one of the most memorable moments was the recognition and posthumous tribute to Kalil Haché, which was led by Miguel Roig, who dedicated this edition of the tournament to him. “Don Kalil was a person with an unmatched human capacity, his footprint is big. For us, this is a special moment of remembrance; Today we pay tribute to him, remembering him as he was, ”said Roig.

Upon receiving the recognition on behalf of the family, Maribel Haché thanked them for the affection and stated that she loved golf, “although I think what he enjoyed the most was the company of his teammates.”

Below are photos taken during this year’s PQ Golf Tournament: