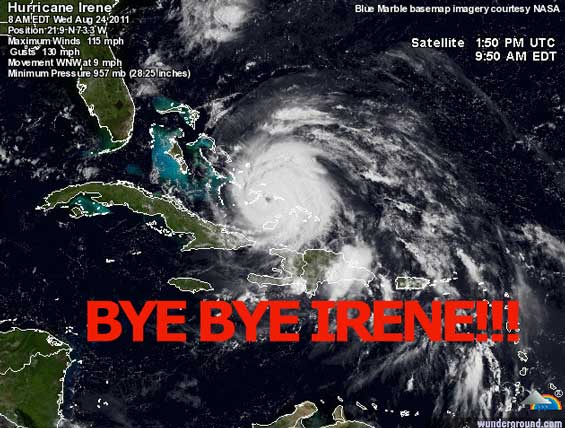 The following information applies for WEDNESDAY AUGUST 24th only – by tomorrow Casa de Campo’s facilites should be open as normal.

Playa Minitas / Minitas Beach – CLOSED
Due to the storm surge and heavy rains caused by Hurricane Irene, Minitas Beach remains closed. However, there is currently an army of Casa de Campo workers at the Playa Minitas (I know I went to have a look), who are cleaning and working hard to restore Minitas to it’s former glory!
Minitas Beach is expected to re-open later TODAY or tomorrow.

Casa de Campo Golf – OPEN (ish)
Being a world-famous golf resort, Casa de Campo strives to keep it’s golfing facilities open as much as possible BUT also in the best possible condition, for that reason the Casa de Campo golf courses are open, but can only be played ON FOOT – because use of golf carts will damage the grass. If you don’t want to have to carry your golf clubs yourself, please enquire at the golf shops to hire a caddy.
Teeth of the Dog: OPEN (no golf carts allowed)
Dye Fore: OPEN (no golf carts allowed)
Links: CLOSED (for renovations until December – click here to find out more)
The Practice Range at Dye Fore: Open as normal

Shops in Casa de Campo
Yesterday in the Marina Casa de Campo and Altos de Chavón, many of the Casa de Campo resort’s store and boutiques were closed – however today all the stores should be open for business as normal!

Have a great day!

Current Weather Conditions in Casa de Campo La Romana
First thing this morning (from 7am – 9.30am) it wasn’t too bad, a little bit windy but not rainy.
Sadly right now (10am) it’s started to rain again!

As I have said many times before I’m more of a ‘”weather fanatic” (it’s a British thing), than a “weather expert” – but here is an expertly photo-shopped image to explain why I think it is raining now! Also notice in the diagram that it looks like it might stop raining soon…or at least it will rain less!!
(If anyone has any “weather girl” job openings, please contact me – details below!)

STILL RAINING? Click here for our ‘Top 10 Things to do in Casa de Campo on a rainy day!”