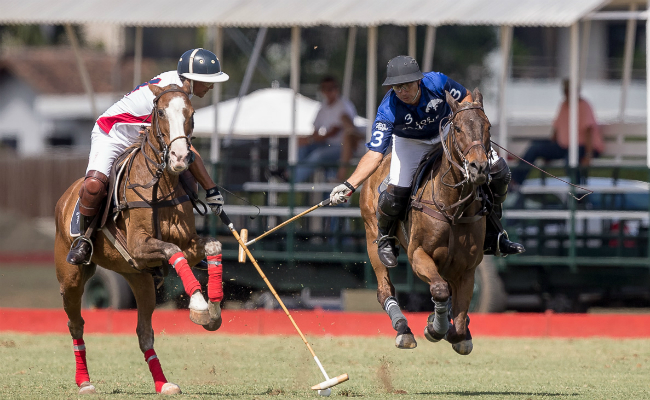 The first games of the Gold Cup took place in Casa de Campo. For this new tournament, teams have decided to switch their players, change their strategies; thus this added up extra spice, and the spectators don’t know what to expect. Los Samanes got off to a great start beating a reshuffled Agualinda team made up of four professionals.

The return of Silva made a difference and his two goals, one a spectacular pick up and run from the nearside, gave him the MVP slot. Toccalino was on fine form as usual and gave Samanes 5 goals. 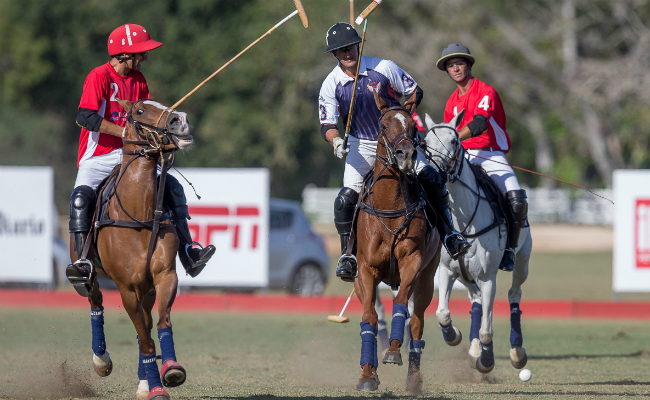 Agualinda had a totally new look – Benjamin Araya, Garros, Jauretche and Lalo James who replaced an injured Lisioli who once again was on the receiving end of a kick, but is now recovering nicely. Final score 9-5.

The second match saw a super team make its debut on the fields of the Dominican resort. Lechuza transformed their team and now contains two ten goal players, Stirling and Nero as well as the two Vargas. An effective line up that punished Casa de Campo by 5 goals. Casa de Campo had their own new addition – Jose Donoso joined them with his own horses but they didn’t manage to sum more than 8 to Lechuza’s 13 goals…of which Victor scored 7 and Alfredo 2. Stirling and Nero read each other beautifully as usual but left the scoring to the two Venezualan attackers.

Upcoming Games in the Gold Cup: