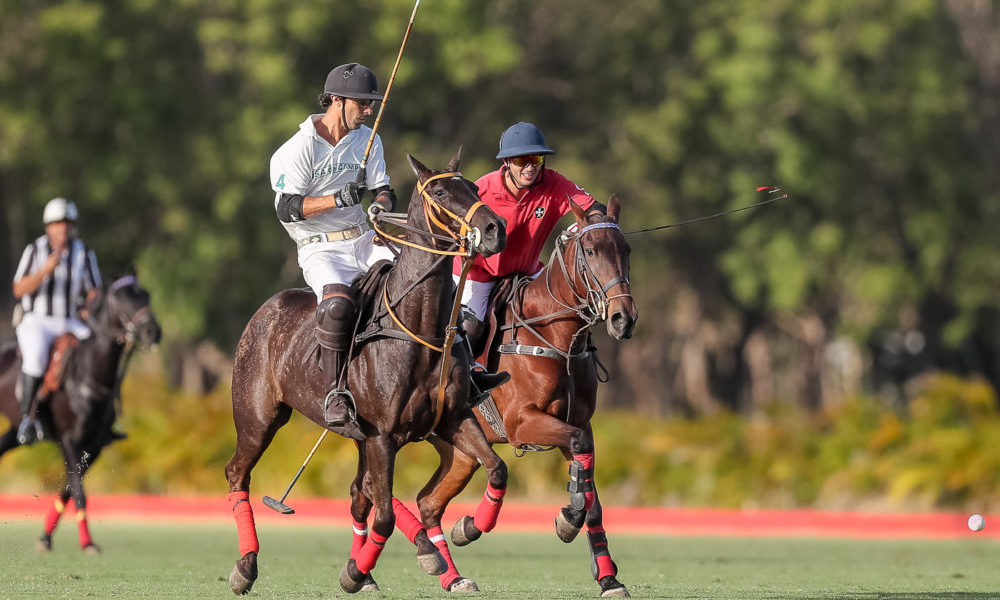 From this past weekend’s Polo Challenge RD games, the semifinals have been defined for the 12-goal category: Pitirri will face Costasur; while La Potranca will do the same with Casa de Campo this coming Friday, March 24th. Stay tuned for the results on yesterday’s polo match between Casa de Campo and Sebucan-HPA at Casa de Campo 3.

Thursday March 16th, Cinque Terre and Casa de Campo met to fight for a chance to be on the run for the Gold Cup. HB Polo and Lechuza Caracas are so far, the only undefeated teams that have high chances on the finals. It was a great and open game, where Cinque Terre was able to take the lead immediately. By half-time, they were 4-3 ahead of the local team, Casa de Campo. Finally, they managed to stretch out the difference even more through the 4th chukka, 7-4. The game ended on 9-6 in favor of the team of the Italian Patron Alessandro Bazzoni.

Gold Cup (22-Goal): New Win by Lechuza and the Semifinals are set in the 12-Goal

Then, on Saturday March 18th, another two matches were held. The first match was the battle between the two undefeated teams, HB Polo and Lechuza Caracas. The Venezuelan team proved once more that it is a well-oiled machine and was able to take the lead from the 1st chukka and keep it up throughout all the game. On the 5th period, they managed to extend the difference by 3 goals, and the game finally ended in 10-7 in favor of Victor Vargas’ team. The 12-goal category also had a game that day, Pitirri El Palenque, possibly the best team of the category, won once again over La Potranca by 13-10. The semi-finals have now been defined for the category: this Friday, Pitirri will face Costasur; while La Potranca will do the same with Casa de Campo.