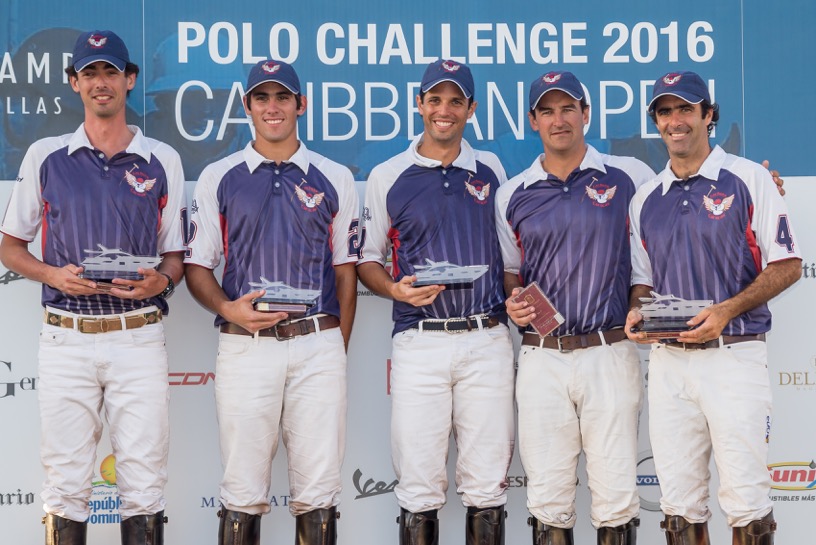 Last Saturday, the Polo Challenge RD 2016 ended. After three months of exciting polo and setting a precedent in the Dominican Republic and Central America, with the Azimut Cup, won by the undefeated Victor Vargas team, Lechuza, closed the Dominican polo season.

The day began with the finals of the Caribbean Open 14 goals category, a tournament that lasted two weeks with Agualinda as Champions defeating El Guero 11-6. The MVP was Alfredo Vargas who had an excellent performance throughout the season. Then, the subsidiary final was played between La Patrona and La Carmela, who finished 9-6.5 respectively. The MVP, Fernando Arata, was also the commentator of the Challenge Polo since its launch.

To end the day, it was time for the Azimut Cup Final in Casa de Campo, between Lechuza and Cinque Terre. Although Cinque Terre was one of the strongest teams in the tournament, it could never defeat the powerful Lechuza, and this time was no exception. Lechuza won by a tight 8-7.

The event closed with an Stella Artois After Polo with music by Black Velvet where viewers enjoyed the last day of great polo.