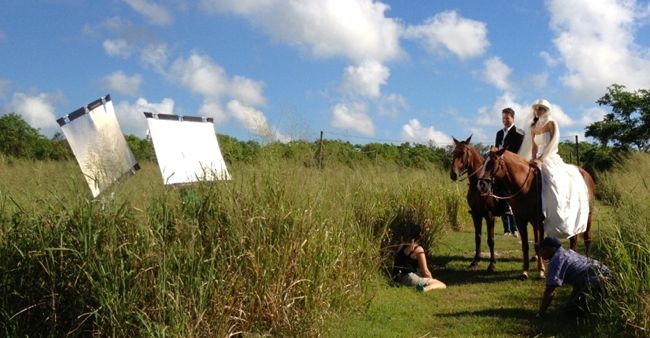 Having launched the new Casa de Campo logo and tagline “The Sporting Life” in March of this year, it was about time Casa de Campo created some suitably sporting promotional materials.

And so over 4 days and with a team of 27 people, including 7 professional models, as well as 2 extras, the glamorous essence of Casa de Campo’s “The Sporting Life” was captured in scenes shot across the entire resort, day and night. Locations included the Teeth of the Dog golf course, the Marina Casa de Campo, the Casa de Campo Shooting Center, the Dude Ranch and the La Terraza Tennis Center.

To be used for Casa de Campo’s new advertising campaign, which will integrate “The Sporting Life” concept, while also aiming at a younger demographic than has been traditional for Casa de Campo in the past, these promotional materials will convey the very best of the sporting and luxury lifestyle which Casa de Campo has to offer visitors from all across the world.

The final photos will be ready in a few weeks time, but here we reveal to you some of the “behind the scenes” shots… it certainly looks like these very attractive models did a fabulous job of portraying Casa de Campo in the very best light!