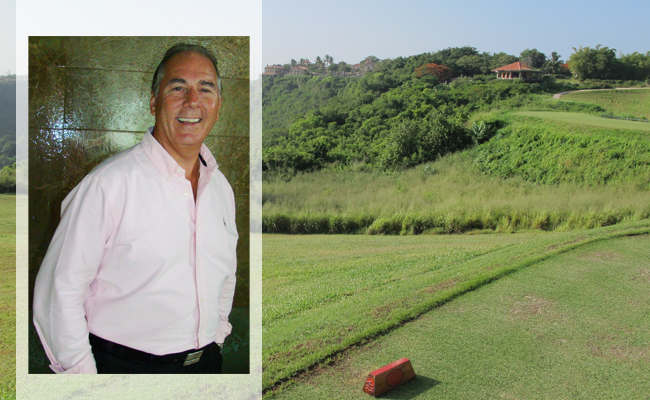 In October of last year (2012), Peter Bonell was appointed chief marketing officer of the Casa de Campo resort, now Peter Bonell has been named as part of the newly created Advisory Board of Great Golf Resorts of the world (GGRW), representing the Caribbean, Mexico and South America.

The GGRW creates marketing tools, including, publications, plans, surveys, and other materials, for the finest golf resorts worldwide. At the annual meeting held earlier this month at Pebble Beach Resorts, a nine-member Advisory Board was created for the first time. Three other trustees were named apart from Bonell; Tim Ryan of Beach Resorts, representing North America, Arthur Yeo from Reighwood Pine Valley (Asia, Australia) and Jay Connolly of Waterville.

“There are already many outstanding resorts in this sector and more opening soon. My responsibility is to make sure new members of GGRW meet the organization’s high standards, while continuing to keep my home resort, Casa de Campo, at the forefront. Competition drives us all to be better and more responsive to our guests.”

Currently the GGRW is open to more than 50 member resorts. The board’s responsibility is acting as liaison with participating resorts; approving membership invitations to other resorts; assisting in planning future meetings and selecting future trustees and other tasks as warrant.

The newly adopted rules for establishing the Advisory Board call for it to have nine members. In addition to the General Manager of GGRW, there will be four resort representatives and four outside representatives, each named to two- and three-year terms.