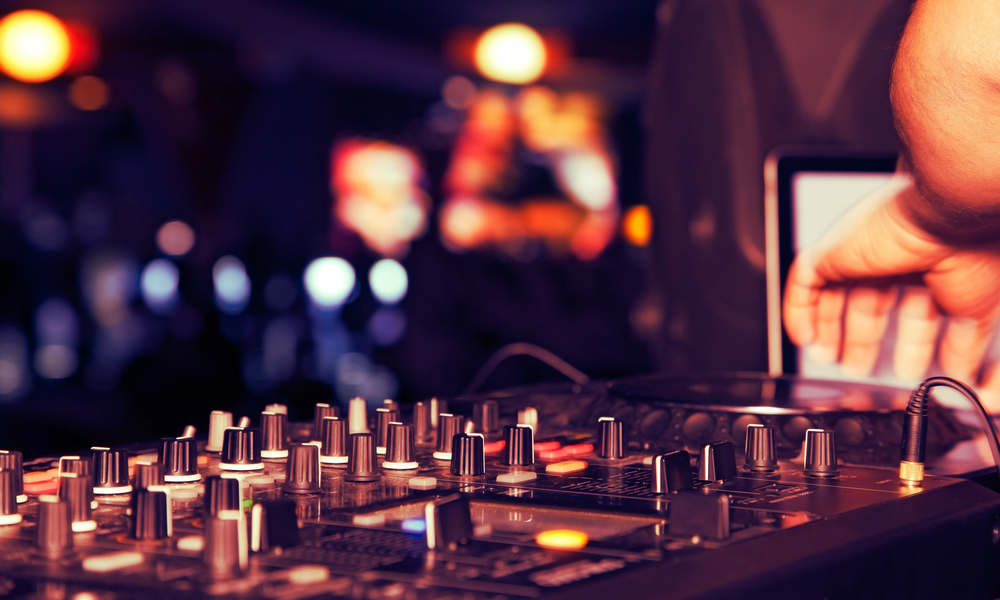 Like every other weekend, there will be tons of parties at Genesis Nightclub in Altos de Chavón with the best DJ’s that Dominican Republic’s nightlife can offer. Don’t miss this weekend’s event lineup below! 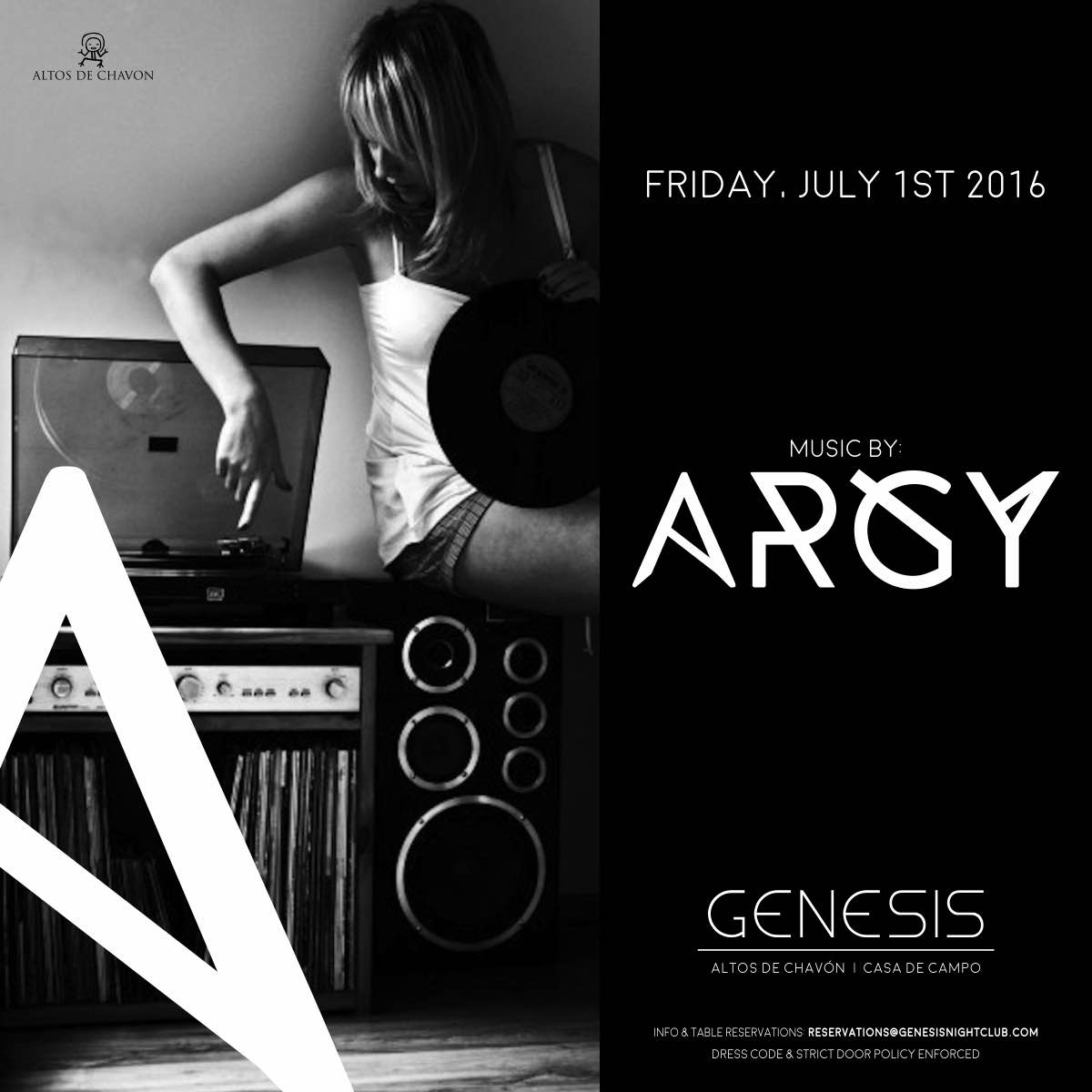 Electronic music producers are unique individuals with the skills, tools and ideas necessary to imagine, write and produce transcendent music. Some are more than just musicians though; they represent a way of life that embraces innovation, technology, and communion through sound. They share it, travel it and some simply live it. Argy, aka Argyris Theofilis, born of Rhodes, Greece, is one of these rare artists – perhaps even the epitome of this way of life. 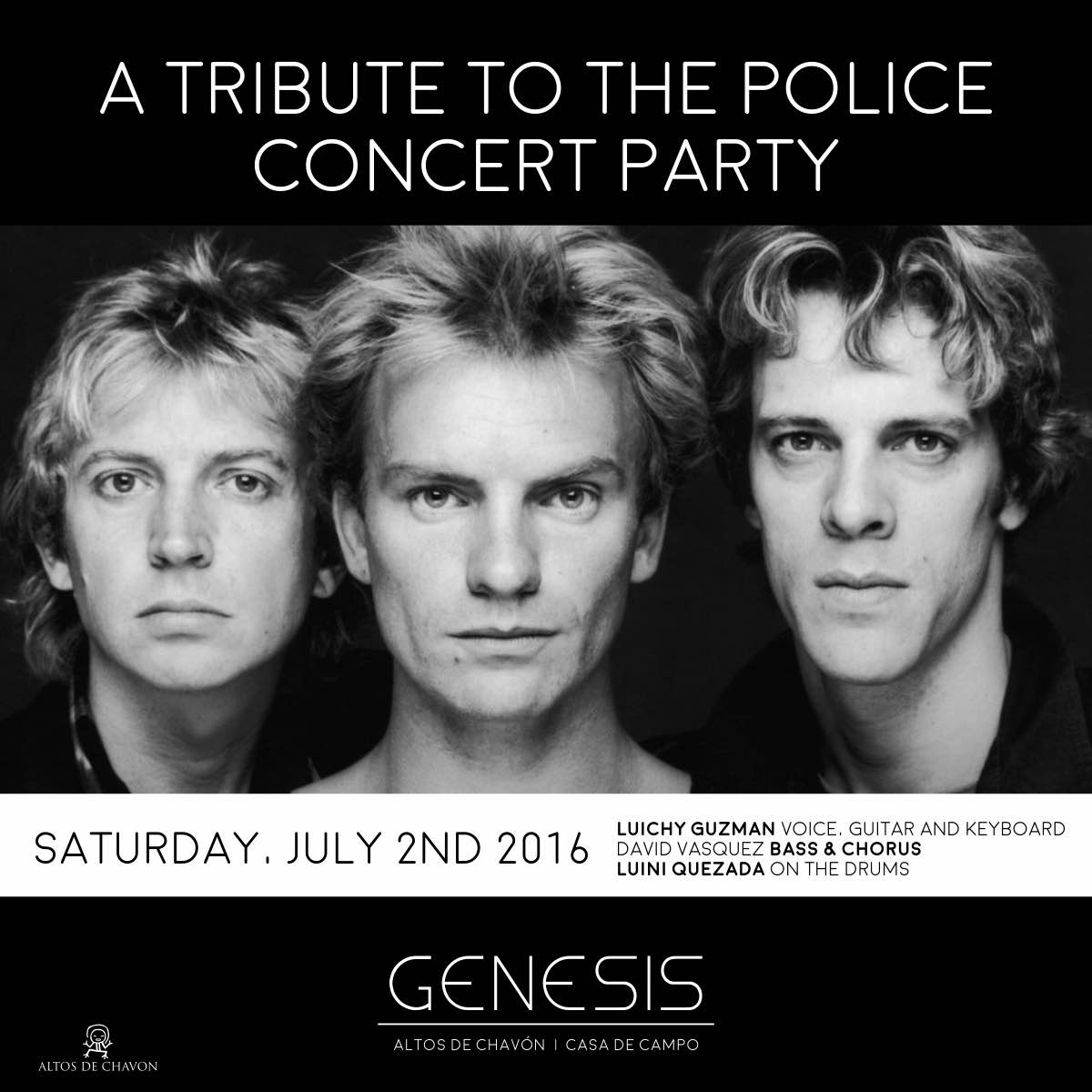 The Police became globally popular and are regarded as one of the first new wave groups to achieve success, playing rock influenced by punk, reggae, and jazz. They are also considered one of the leaders of the Second British Invasion of the U.S., the first being led by The Beatles, The Rolling Stones, The Animals and more. The band separated in 1986, but reunited in the early 2007 for a very successful one last world tour that ended in August 2008. The tribute will be by Luichi Guzman, David Vasquez, and Luini Quezada who also did the amazing tribute to Soda Stereo. You can’t miss the performance THIS SATURDAY! It will be awesome! 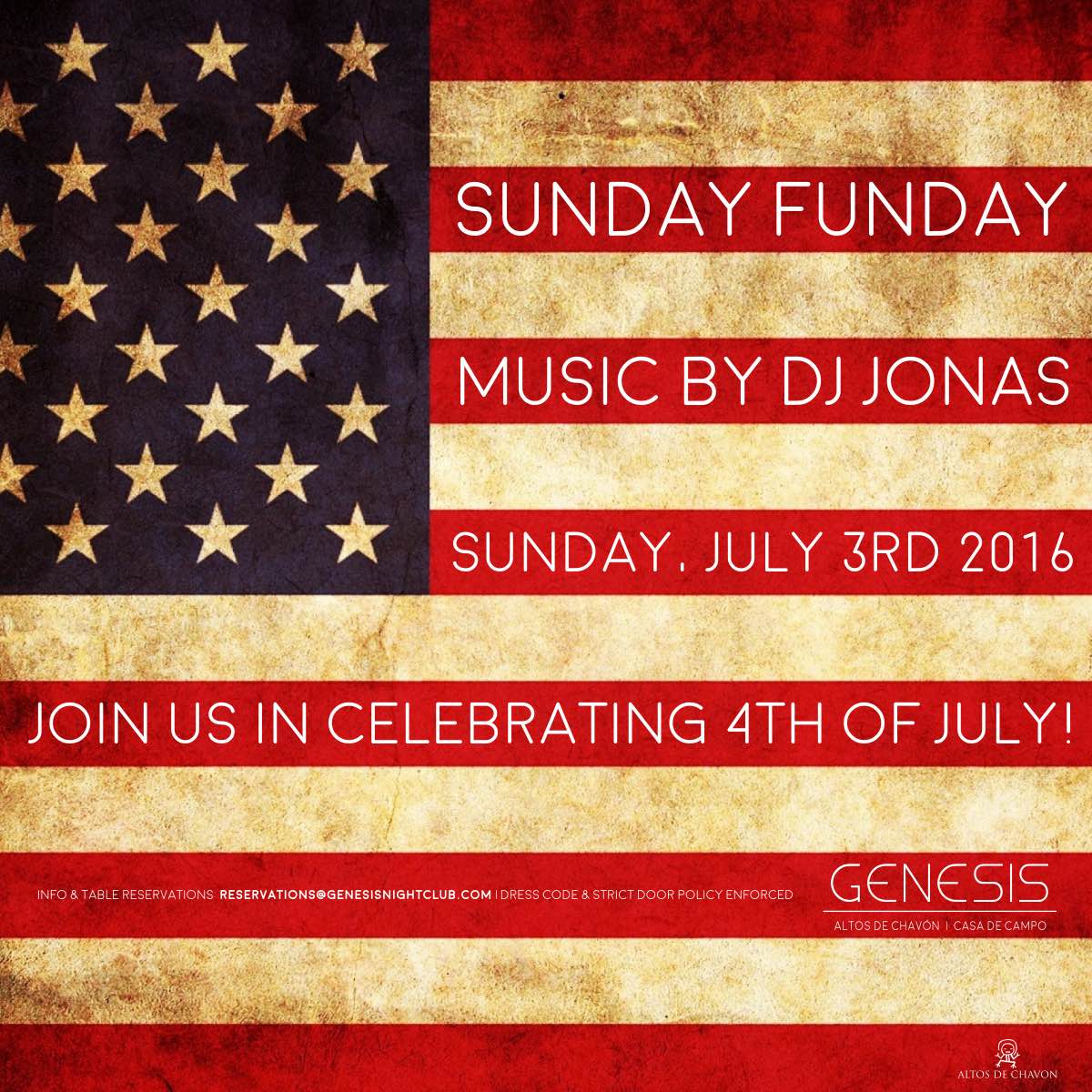 Come say goodbye to the weekend at Genesis while you dance to the mix of DJ Jonas. This time it will be a special edition celebrating the independence of the United States on the 4th of July.