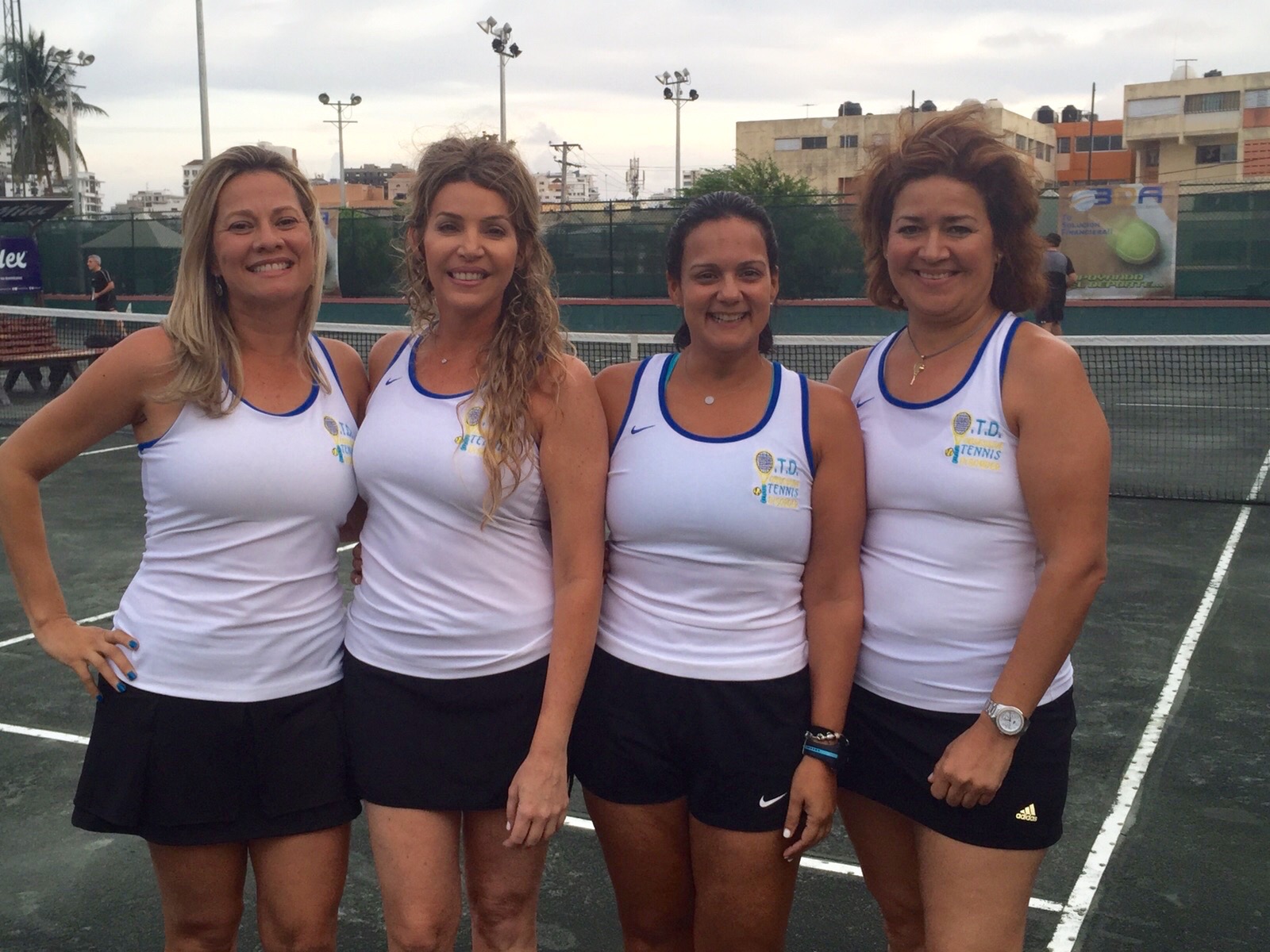 OTD is being awarded the trophy tonight at 6:30 pm in La Bocha, Santo Domingo for their outstanding championship in this season’s latest tournament, the 1st President Tournament Cup, held from the 17th-25th of November. Clear-headed and determined they earned wins across the board, crushing opponents in several blowout sets. Below are the game score sheets:

Captain Idarmis Cucurullo, along with team members Mirtha De Marchena, Magadelena Cavazos, Diana Porcella, Sandra Russian, Xiomara Suarez, Sandra and Chavela Castillo often play in tennis tournaments within Casa de Campo as local residents who enjoy the sport, but have excelled with flying colors when invited to represent Casa de Campo as a team throughout other parts of the Dominican Republic as well. Taking home wins in Punta Cana and now La Bocha, Captain Idarmis Cucurullo says it is all due in part to their wonderful coach, Emilio Vasquez:

We have to thank our coach Emilio for this great victory. There were over 50 female players representing their clubs from Santo Domingo at the 1st Presidente Tournament Cup. Although Casa de Campo does not have an official team, we are always happy to represent our community when we play as a group outside of Casa de Campo. Our team finished undefeated in the A League of the tournament after an entire week of matches, and we have to thank our coach and Casa de Campo Tennis Pro, Emilio Vasquez for his patience, coaching, training, techniques and for believing in us!

This is the first year Casa de Campo joins the Copa Presidente of Santo Domingo Tennis Club Tournament. Normally it is held annually for its members and other cubs in Santo Domingo, including Club Naco, The Country Club, Dominican Fiesta, Centro Olímpico, and Parque del Este. This year it brought in over 48 players in the female category, and 48 in the male category. Women were divided into two leagues, A and B, each playing a total of 3 games in the qualifying rounds. Obsessive Tennis Disorder team took home the undefeated champions title in League A after defeating Team Fuguruzas in the final game set. Team Fuguruzas is awarded 2nd place in the tournament.

Below is the roster of all the participating teams in the Copa Presidente of Santo Domingo Tennis Club Tournament: