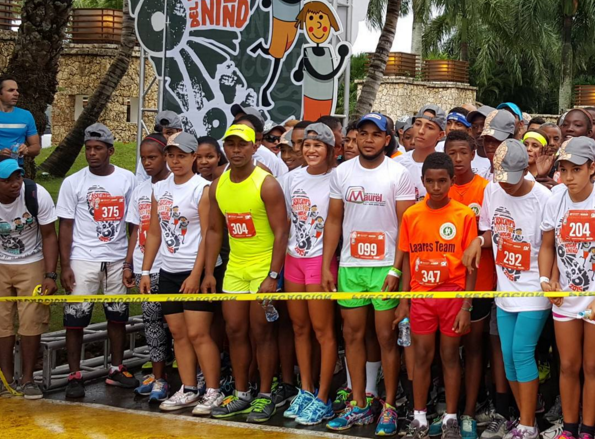 It’s a new day, a new week, and we’re all still reliving the excitement of yesterday’s 2nd annual Casa de Campo Corre for Hogar del Niño. Here’s a look at our favorite social media posts for this great event…

Some light downpours were not an obstacle for the success of the 2015 Casa de Campo Corre for the Hogar del Niño. Hundreds of runners from around the country traveled to Casa de Campo to participate in this sporting event that grew exponentially this year!

Below is an Instagram recap of the exciting marathon:

We started the day with laughter thanks to comedian Carlos Sánchez’ great sense of humor:

Calisthenics warmed us up thanks to Club Body Shop who prepped us for the big run:

The arrival of the triathlete and official  promoter of the event, Natasha Méndez was stylish as she flew in on a chopper:

And pre-run photos evidenced just how long the 42k would be:

Photos with friends & family running together were abundant:

Here’s a look at Natasha’s impressive stride in action:

And a HUGE shout-out & Thank You to Umberto Pitzalis, owner of One Way Bike, for his tremendous work in the organization of the marathon:

And after such a long run … nothing is better than a creamy and refreshing Cinco Gelato:

Congratulations to all the runners and supporters! An incredible athletic feat, an excellent way to spend the afternoon bonding with the community, and most of all, an awesome donation of time, goodwill, and fundraising for the children of Hogar del Niño! Stay tuned for more pics…