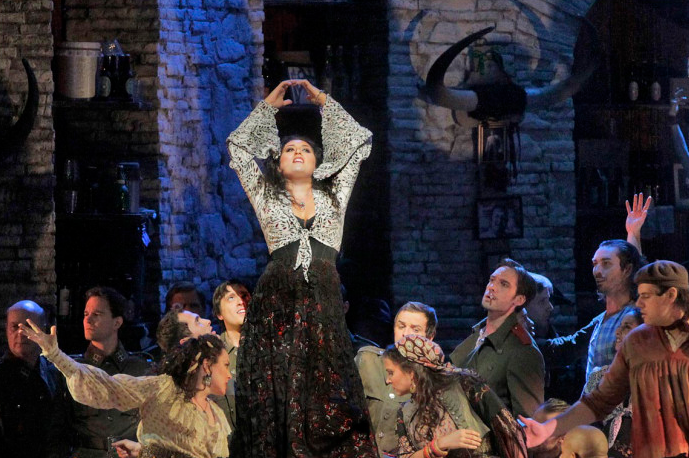 The Metropolitan Opera, the largest classical music association in North America, with it’s program “Metropolitan Opera: Live in HD” invites you to continue enjoying this series with “Carmen” a musical composition by Georges Bizet, showing this Saturday November 8th, here in the Marina Casa de Campo!

Just like “Le Nozze di Figaro”, Bizet’s “Carmen” is an example of opéra comique (comic opera) and dates back to 1875.

This Saturday “Carmen” will be premiered, in the Marina Casa de Campo movie theater. It is an opera in four acts and the libretto was written by Henri Meilhac and Ludovic Halévy. The opera was based on a novel of the same title by Prosper Mérimée.

The music of Carmen has been widely acclaimed for its brilliance of melody, harmony, atmosphere and orchestration, and for the skill with which Bizet musically represented the emotions and suffering of his characters. It was originally composed with dialogue between the musical numbers but, after Bizet’s death, many have modified this opera, for example, reciting the lines instead of using dialogue.

Here we bring you the trailer for Carmen:

Meanwhile for those of you in Santo Domingo, this is the schedule of live and encore transmissions being screened at the Caribbean Cinemas in Acropolis mall: