On Saturday, September 21st, Altos de Chavón was bustling with families and friends walking around its cobblestones enjoying every bit of activity that had been planned for them. You could hear the music and children’s laughter in the air; it was truly magnificent. There wasn’t a soul that wasn’t into the festivities! Children were coloring, playing, or running around the village in a fun treasure hunt while their parents were watchful but at the same time enjoying the event.

The world’s largest Volksfest (which means beer festival and traveling funfair) which started in Munich a couple of centuries ago is now a festivity celebrated all across the world and Altos de Chavón was not one to stay behind! This past weekend Altos de Chavón celebrated their version Oktoberfest and boy can we say it was a complete and utter success!! It was a delight to see Altos de Chavón full of life and music, and we sure hope to see it that way more often. The stores, restaurants and artisan workshops all participated provided the visitors with unique menu’s and souvenirs.

The Plaza was beautifully decorated with string lights and the area in front of the church was set up with tall cocktail tables, and rectangular tables in red squared picnic tablecloths. The stage was towards the far end of the plaza and around the area were the various beer brands available and a Casa de Campo BBQ! 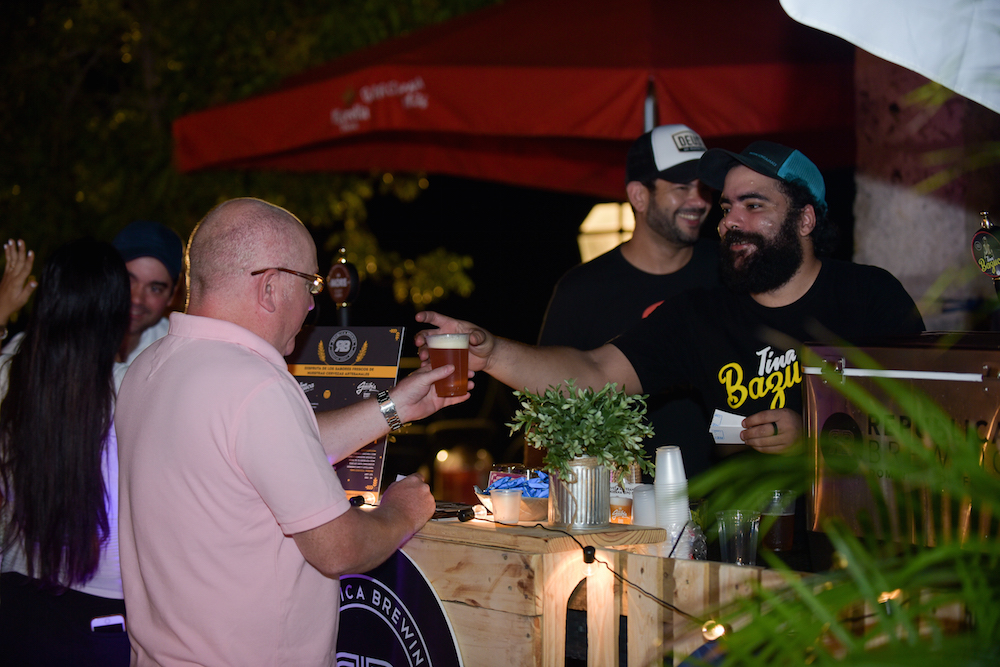 The musical lineup started at 7 pm with Akusticos who got everybody pumped and left the people wanting more— and then they got more! The line continued with Mariela Pichardo, aka, “La Marimba” a young talented artist from Santo Domingo who is part of the new generation of Dominican alternative music. To end this spectacular event, the Reggae & HipHop Folcloric Fusion Band from Santiago “Conuko Band Roots” who delighted us with their repertoire. 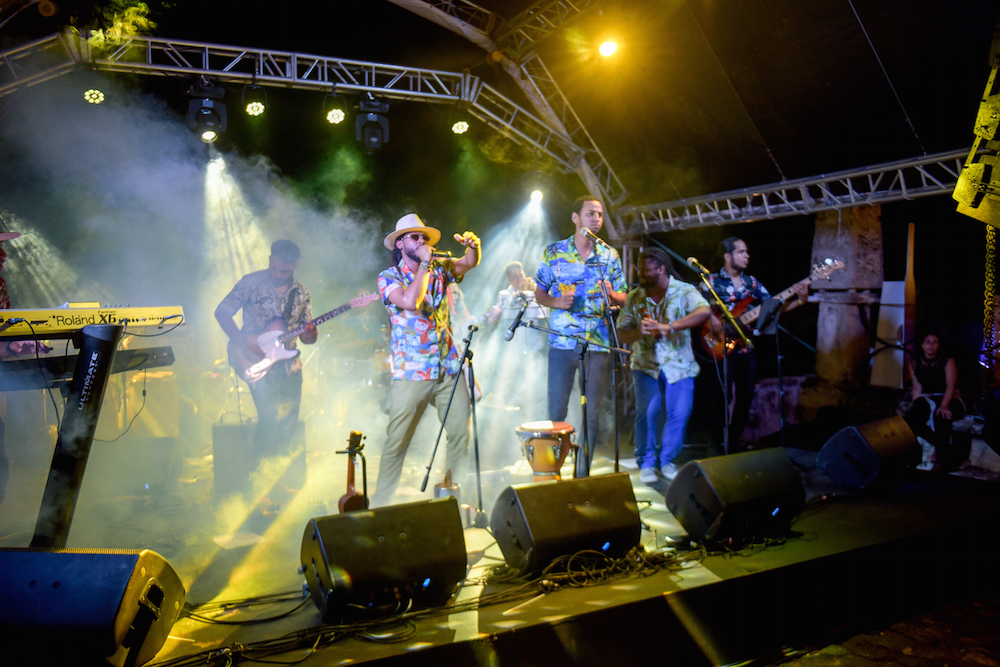 We’ve heard great comments all around, everybody loved how everything turned out! It was a wonderful event that enlivened Altos de Chavón, something that we certainly wish to see more often!

The following pictures were taken by Eurys Mercedes on Saturday, September 21st during the first Altos de Chavón Oktoberfest:

and by Af foto film: