October is one of my favorite times of the year — most likely due to growing up in the states and the onset of cooler weather and Autumn leaves crunching beneath your shoes. In the Dominican Republic, October, for me, is the month that signals the coming of the end of year and hype builds with festivities one after the other… Halloween, Thanksgiving, Christmas, New Year’s, the excitement is thrilling! I also rank Dominican Moda as one of my top activities of the year. Now there’s another reason to celebrate because Casa de Campo and Altos de Chavón have just announced Oktoberfest!!!

In honor of the German festival, the resort will host a two-day event on Saturday and Sunday, October 21st – 22nd, where guests and residents can enjoy live music, attractions for the whole family, and national and international beers. Starting at 6:00 p.m., live music with the Bavaro-based reggae group CanaBeat, formed by Mikeall Garcia, Franci Ovalles, Willian Tavarez, and Alejandro Lugo will play a stellar mix of jazz, blues, and rock, along with Latin artist Riccie Oriach’s Caribbean fusion and several invited DJs. 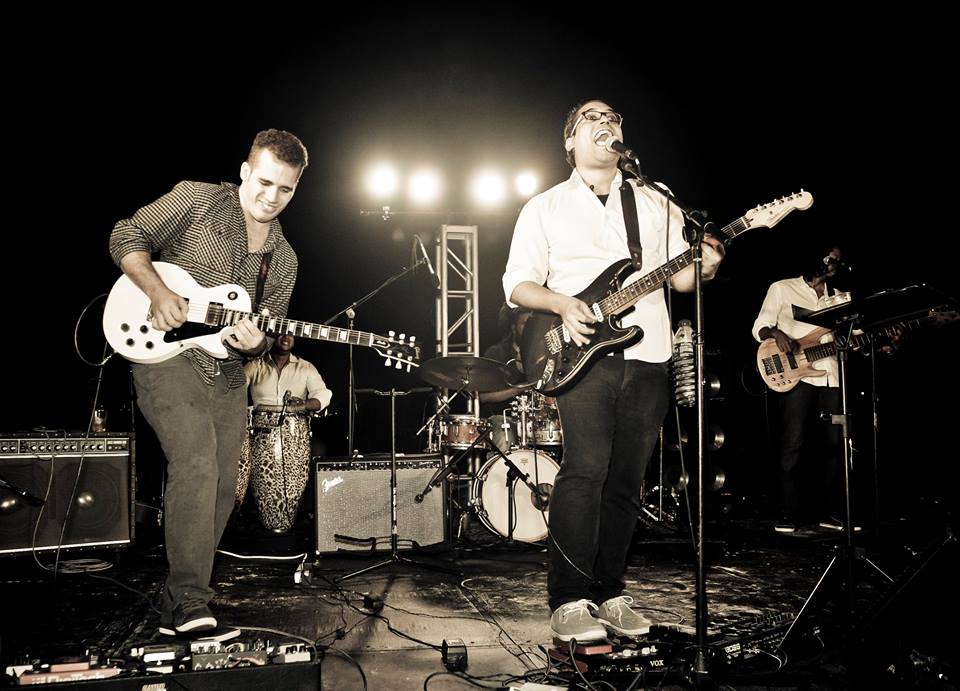 La Piazzetta is putting together a German menu— hello bratwurst and sauerkraut — I hope brezeln (German pretzels with coarse salt)is on the menu too! The kids will enjoy inflatable games and other surprises throughout Altos de Chavón, while businesses in the area will be integrated with special menus at restaurants, beer offerings, a BBQ, and extended hours at the museums and shops. On Sunday, La Piazzetta will host a special brunch menu.

Here are 5 German words you should know to prepare for Oktoberfest:

Bier – the word for beer in German

Maßkrug – is a German mug with exactly 1 liter of bier. Order a Maß for short

Prost – “Cheers!” in German. Alternatively, you can use the phrase, “Zum Wohl”

The 184th Oktoberfest ended last week with an official estimate that 6.2 million guests from around the world visited Germany and consumed 7.5 million liters of beer*!!! So, are you ready for the fun to begin in Altos de Chavón? Memorize this phrase: “Ein Bier, bitte!” (A beer please!)

Mark your calendars for Oktoberfest 2017 NEXT WEEKEND! 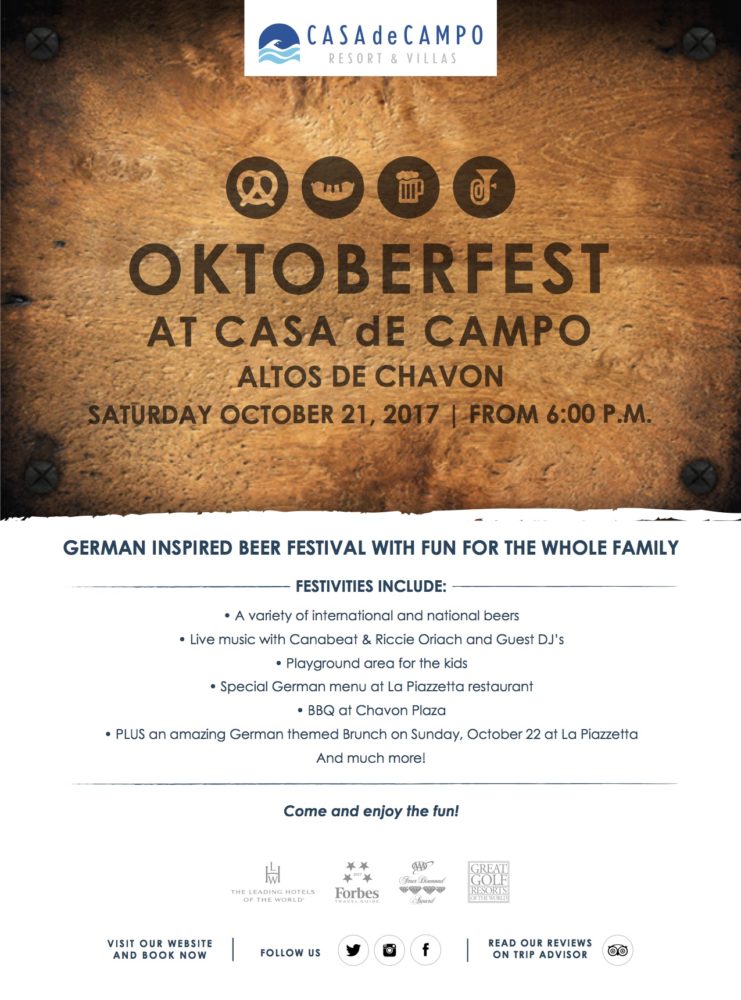