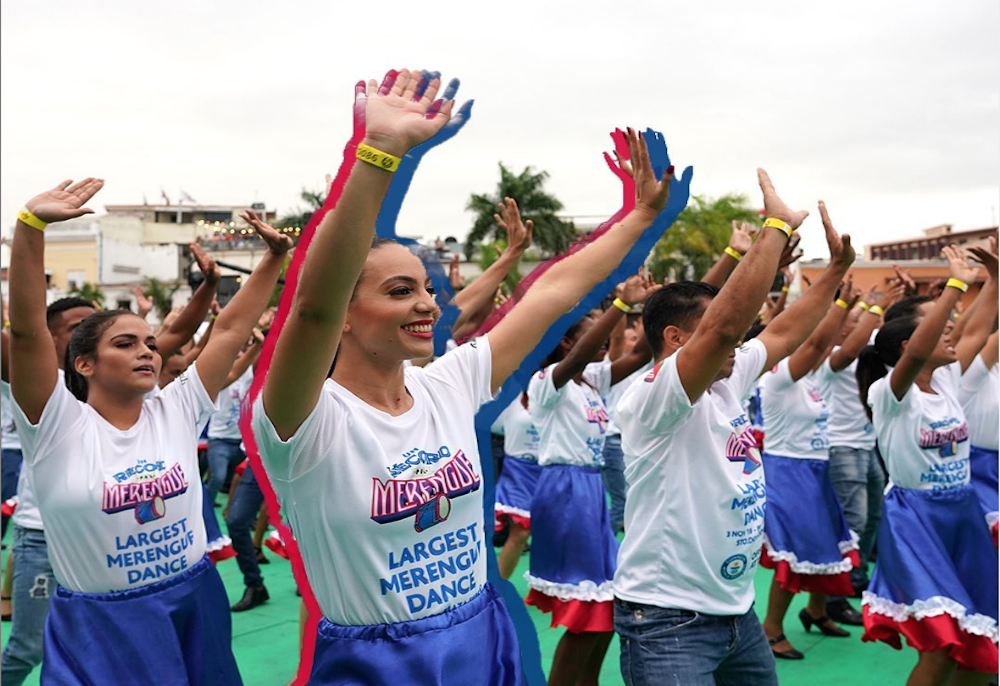 The Dominican Republic was crowned on Sunday, November 3 with the Guinness Record of the largest number of couples dancing meringue in a synchronized way, beating Russia that had held the record since 2013 with 330 couples, six years later, “Un Récord Pa’l Merengue”, a project devised and directed by Alberto Zayas and which was supported by the Ministry of Culture has broken that record.

To break the record, the Dominicans had to meet several requirements, including exceeding the number of people dancing by an amount greater than 10% (since there were 330 couples it must be 350 here), follow a choreography, be uniformed, numbered and be in a well-defined area. The calls for volunteers began in September throughout the country to reach the number of couples needed, receiving support from various dance schools, universities and folk groups. In order to validate the attempt a representative of Guinness World Records, Natalia Ramírez, witnessed the event that was broadcast by Telesistema, channel 11. During the process there were several judges who were responsible for evaluating 24 pairs each, separating them into blocks and thus avoid any confusions.

From the early hours of the afternoon hundreds of people went to Plaza España to support the 427 pairs that sought to break the record of more couples dancing merengue synchronously. The first attempt at the record lasted five minutes and 18 seconds, with 427 pairs of dancers, of which five were disqualified, dancing the theme “El merenguón” of the late Joseíto Mateo, “El Rey del Merengue”; an iconic song which has become part of our identity that was recorded for the occasion by Dominican artists Miriam Cruz, Manny Cruz and Puerto Rican Elvis Crespo.

After a few hours and validating the information collected by the judges, the Official representative of Guinness World Records confirmed that the official attempt at the world’s largest merengue dance record was reached by the Dominican Republic, with a total of 422 couples. “We came to verify the largest merengue dance in the world. In this first official attempt, we were able to verify important values ​​such as union, teamwork, responsibility, and the representativeness of each region that was present in this plaza on this day. Welcome to our huge Guinness World Record family, you are “officially amazing”! ” Natalia Ramírez said.

At the end of the event, each participant received a medal that accredits them as the part of this incredible feat that consecrates the Dominican Republic as the country where “they dance more meringue in the world”.