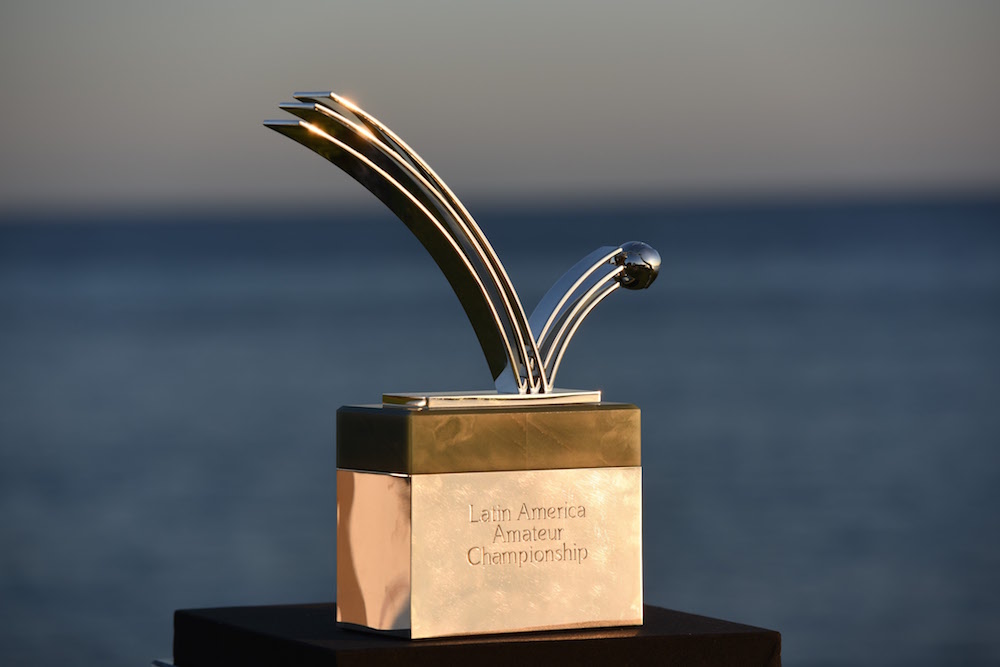 The Latin America Amateur Championship 2022 that will be held from January 20 to 23 in Casa de Campo, Dominican Republic, was officially presented this Wednesday after the press conference that was held virtually with the participation of specialized journalists and communication managers from associations and federations throughout the region.

Mark Lawrie, Director of The R&A for Latin America and the Caribbean; Carlos Elmúdesi, President of the Dominican Golf Federation and Manuel Relancio, Head Pro of Casa de Campo Resort & Villas, were the speakers of the meeting that took place via Zoom.

“We are very happy to be able to carry out the seventh edition of the LAAC after everything that has happened due to the pandemic. Casa de Campo is a fantastic venue, we have already been there twice and that gave us the confidence to choose it, especially given the times we are living in, we believe that it is the ideal venue for all this context,” indicated Lawrie, who also highlighted the great benefits that the event will provide: “in addition to participating in the Masters at Augusta National, the LAAC champion will be able to play The Open, the oldest championship that will be 150 years old in the cradle of golf that is the Old Course of St Andrews. Whoever is the winner will have a unique experience.”

For his part, Elmúdesi highlighted what the LAAC means for the Dominican Golf Federation: “It is an honor to host this important championship for the third time, carried out by The R&A, the Masters, and the USGA. Thanks to the vision of these three great organizations, many players dream of reaching the elite of world golf. All of us who love this sport in our country have a great commitment to make this event a success. We want to show the world the growth and development that this sport has had in the Dominican Republic.”

Meanwhile, Relancio referred to the importance of hosting this event and advanced some modifications that the field underwent: “it is really a privilege to once again have the possibility of hosting the LAAC and receiving the 108 best amateur players in the region. That we have been chosen once again shows the level that Casa de Campo has, and especially Teeth of the Dog, which is the masterpiece that Pete Dye created. LAAC week is one of the most important we have and it is a great showcase to show ourselves to the world. The track is going to be in an unbeatable state, we have done some work in the bunkers and we have modified par 3 of the 7th hole, which will be deeper into the Caribbean Sea.”

With the field already confirmed, the participation of the Argentine Abel Gallegos (defending champion) and Mateo Fernández de Oliveira, the player with the best ranking (43 °), and the Costa Rican Paul Chaplet, who won the LAAC in 2016 precisely in Teeth of the Dog, Casa de Campo, the venue for this seventh edition of the championship.

Founded by the Masters’ Tournament, The R&A, and the United States Golf Association (USGA), LAAC was created to further develop amateur golf throughout the region, and specifically in South and Central America, Mexico, and the Caribbean. The championship takes place annually on the best courses in Latin America and showcases the growing talent of the sport in the region, including winners on the PGA TOUR and 2020 Olympians such as the Chilean Joaquín Niemann (2018 LAAC champion) and the Colombian Sebastián Muñoz.

The LAAC champion will receive an invitation to the 2022 Masters Tournament at Augusta National Golf Club and an invitation to play The 150th Open at St Andrew’s. In addition, the winner will get full exemptions to play The Amateur, the U.S. Amateur, and all other USGA amateur championships for which he is eligible and exempt from the final stages of qualification for the 122nd U.S. Open to be played at The Country Club in Brookline, Massachusetts. In addition, the player or players who finish in second place directly enter the final qualifying phases to enter The 150th Open and the 122nd U.S. Open.

– To view and download the video of the LAAC 2022 Launch Virtual Press Conference, click on the following link: Conferencia de Prensa Lanzamiento LAAC 2022