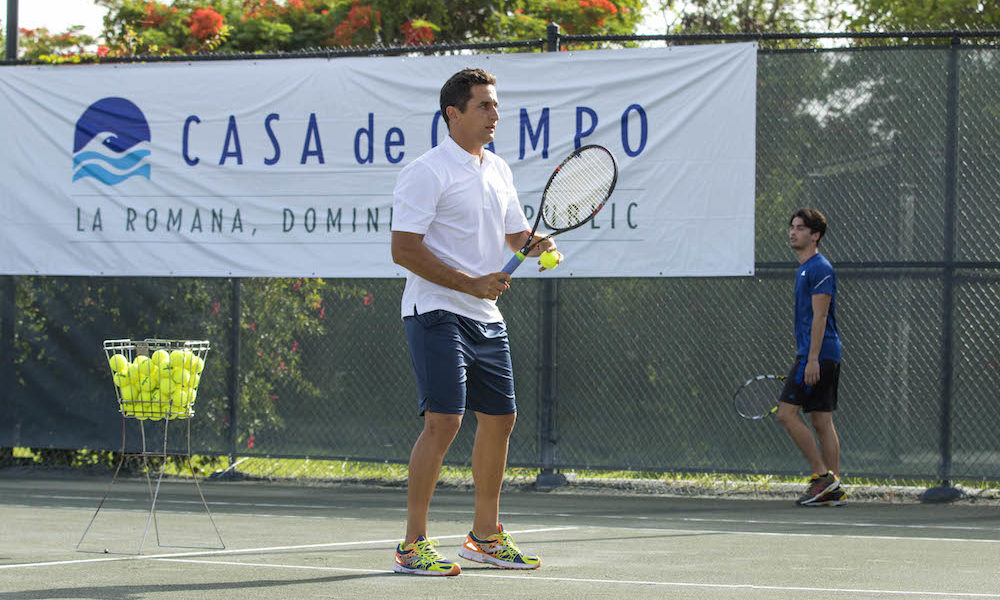 Not to be missed! Nicolás Almagro, ranked #78 in the ATP world ranking, will be at La Terraza Tennis Center giving tennis to the Casa de Campo community! A professional tennis player since 2003, Nicolas once ranked #9 in the world, Almagro has had a competitive and challenging career, many times playing Rafael Nadal in the French Open. In 2008, he was the champion of the Davis Cup, deemed the “World Cup of Tennis,” beating Ivan Miranda 6-2 and 6-3.

Nicolas retired in 2019, playing the final match of his professional career in his hometown Murcia, Spain, and went on to serve as tennis academy director at La Manga Club in Murica, where he oversees 28 courts at resort’s tennis center.

In 2017, encouraged to visit the country by longtime friend and sports journalist for Protagonista at CDN SportsMax, Mario Emilio Guerrero, Almagro played in an exhibition match with Víctor Estrella in Santo Domingo, and then came to Casa de Campo to get to know the resort’s world-class facilities and meet some dear fans. Since then, Nicolas has been in Casa de Campo many times before where he has given tennis clinics to the kids. “I very much enjoy playing with the kids because they’re the future. All the kids were smiling when we were on the court, and I think that’s one of the most important things in life. I try to be funny because they are trying to be part of my life, my sport, and I want to show them the nicest part of the game.”

Don’t miss the opportunity to train and learn from one of the best! The clinics are open to everybody! Find more details below: