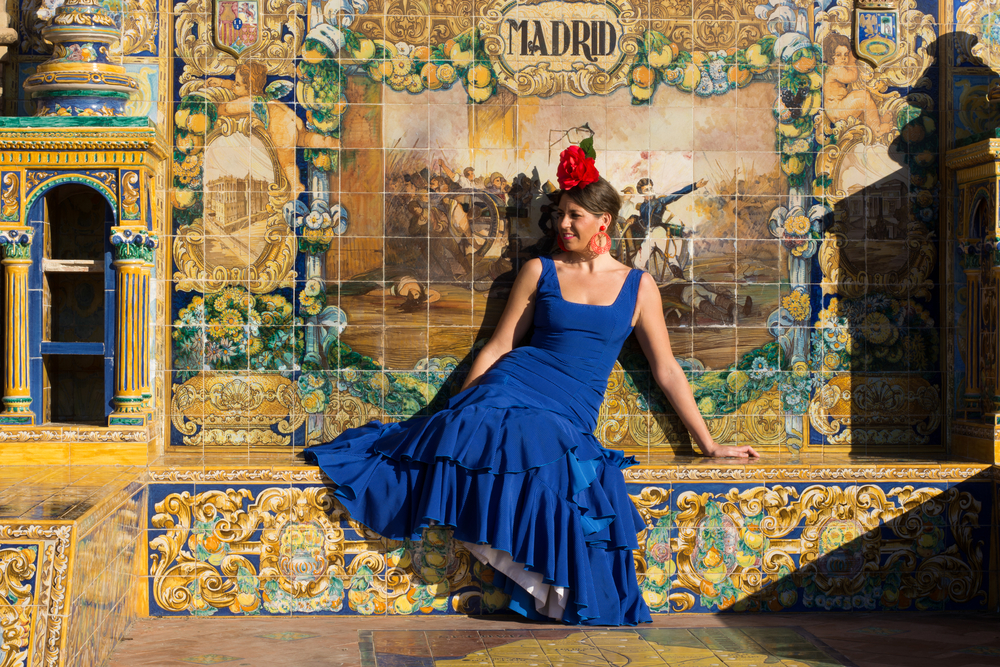 As part of the 15th anniversary celebration of the Marina, Casa de Campo, Limoncello, Peperoni, Pubbelly Sushi, La Enoteca, and Le Spot by Cinco join together in hosting Noche Española! The event which will be held TONIGHT at 9 p.m. in Plaza Portofino will feature an hour and a half show with three Spanish performers: Patricia Abreu, Adriana López, and Ruben Portillo.

Patricia Abreu (pictured to the right) is the principal dancer who studied Modern Dance, Jazz and Flamenco in Madrid. She’s participated in numerous festivals in Spain and in 2010, came to Santo Domingo to form her own Flamenco company, Donaire, which, in a first for the country, features live musicians. She’s taught workshops in Panama, and in 2013 organized a Flamenco Show as a contribution to the Dominican Republic Week in Spain. Blending Flamenco and Dominican rhythms, she presented “Cane” in The Fortaleza Ozama, and is working on two fusion projects, “De Caña” and ”Flamenco de Otros Puertos”.

Adriana López is a malagueña singer who blends Flamenco with influences of Latin America. Her new project, “La Pimienta” mixes music of Cuba, the Dominican Republic, Argentina, Colombia, Peru and Brazil. Her background also includes acting, and directing and editing film, along with musical studies in Spain. See her preform “Gracias a la vida” as seen on her YouTube page below:

Ruben Portillo, known as “El niño Zamora,” has been playing the guitar for almost two decades, training under great artists such as Niño Chaparro and Jose Juan Pantoja. His performances include Flamenco, Flemish, and fusion music, having participated in the Antonio Guerra Flamenco Dance Company and “The Luga” traveling on tour for many years through Germany, Belgium, France, Italy, and Russia.

Don’t miss this set of talented individuals perform tonight at Noche Española!! Come out to celebrate an evening of dinner, drinks and entertainment with the restaurants of the Marina.

What: Noche Española to celebrate the Marina’s 15th anniversary!