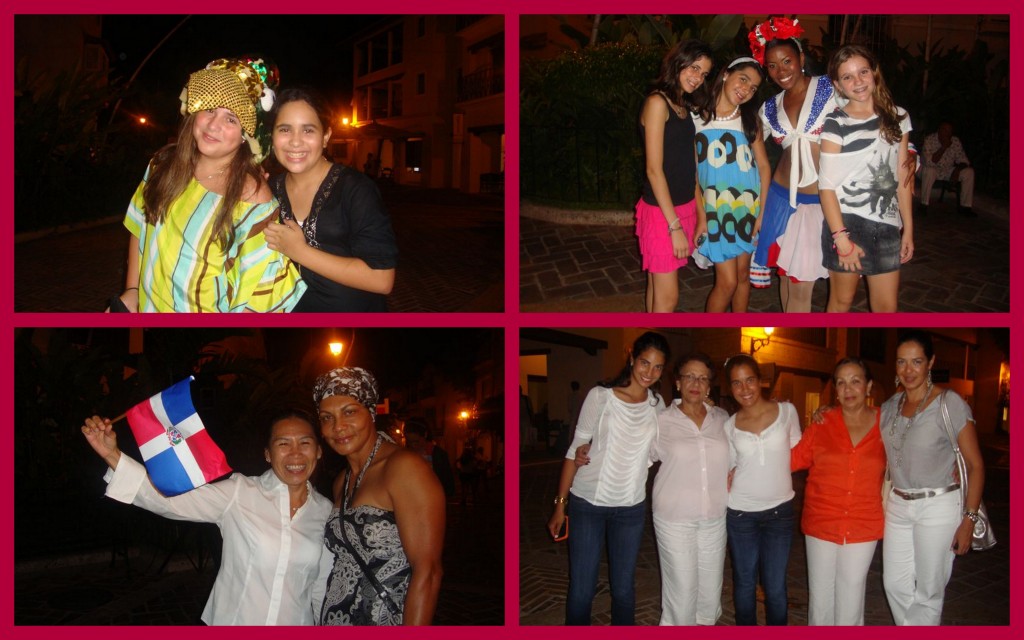 On Tuesday the 20th of April, at 7pm the NOCHE DOMINICANA began and the Calle Barlovento was buzzing with Casa de Campo residents, villa owners, visitors from La Romana and the sailors of the Farr 40 regatta – united by the Dominican party atmosphere!

Over 300 Casa de Campo residents, friends, family and visitors attended the event – enjoying wandering through the Calle Barolvento, listening to the music, dancing with the Kandela dancers, sampling traditional Dominican food and drinks, perusing the stalls and shops and having fun with family and friends.

This huge success could not have been possible without the support of the stores of the Marina Casa de Campo who agreed to stay open late, decorate their stores and entice customers with free food and drinks.

We would like to say a special thank you to the following stores and organisations:

Rubliluna Collection: an exclusive boutique in the Marina Casa de Campo’s Calle Barlovento #35; which as well as clothes and accessories also sells original and beautiful articles and knik-knacks for the home.

Rubiluna really got into the spirit of Dominican Night, decorating their store with the Dominican flag, setting up a stall outside and offering free Dominican food and drinks – yaniqueke and chicharrones de pollo.

Here is a photo of some of their sales assistants posing outside Rubiluna with their stall: 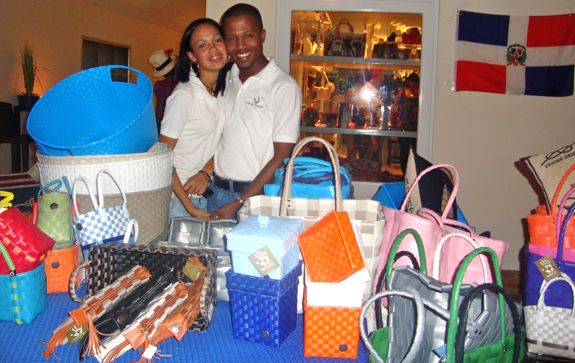 Bleu Marine: specializes in made-to-order replicas of yachts, as well as wooden frames, signs and decorations that are all hand made here in the DR. 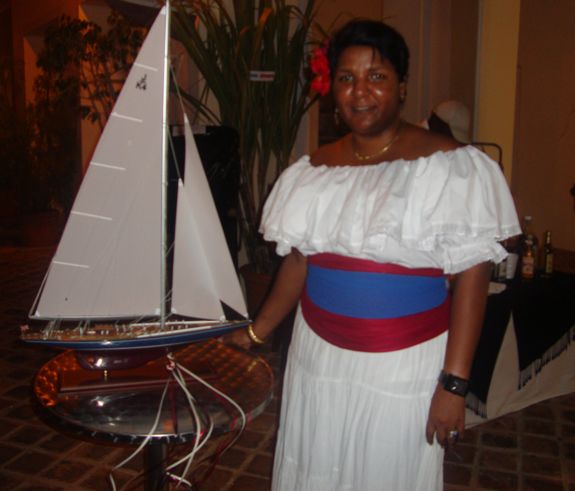 Bleu Marine’s manager, Elizabeth Encarnacion made a great effort, setting up a display of yacht replicas, as well as a display of coconuts and sugar cane AND they were even serving the coconut water (aqua de coco) with rum – what could be more Dominican (or more delicious!)?

Dedon: welcomed the many party-goers with a comfortable and chic outdoor Dedon lounge, where they could enjoy the free cheese, crackers, and Dominicana sweets as well as of course a great selection of drinks. Later in the night with the arrival of Miss Mundo Dominicana and the free-flowing drinks, Dedon became the place to be! 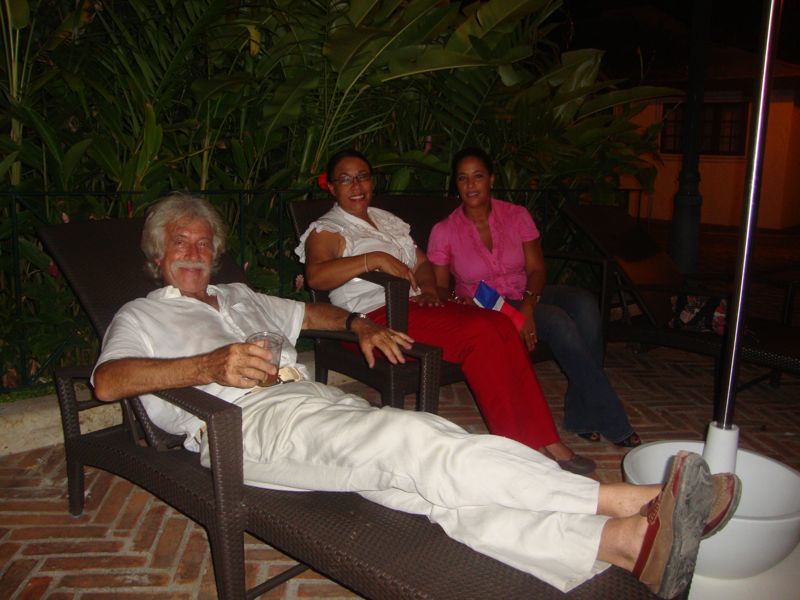 Fundacion MIR: a non-profit organization which works to provide eduction and health services to the children and people of La Romana most in need. We were very pleased to have the Fundacion MIR join us at the Noche Dominicana, they set up a stand to inform everyone about their up-coming summer event – the Family Weekend for life, held every year in August. 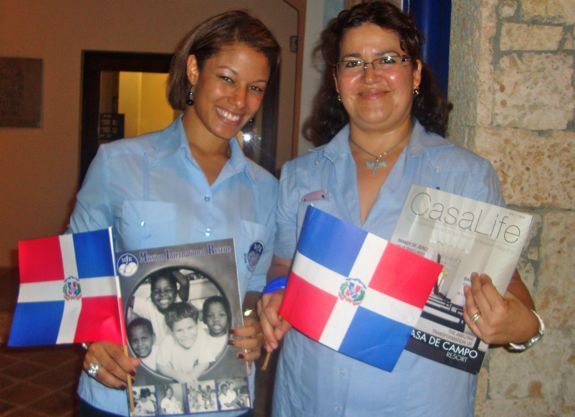 The Hogar del Niño: a children’s day-care centre in the town of La Romana, which cares for over 1,500 children ever day. The ladies from the Hogar were all festively dressed in traditional Dominican costumes and were busy all night selling Carnaval masks, tickets to the fashion shows at the Dominican Fashion week and Hogar del Niño aprons and bumper stickers. 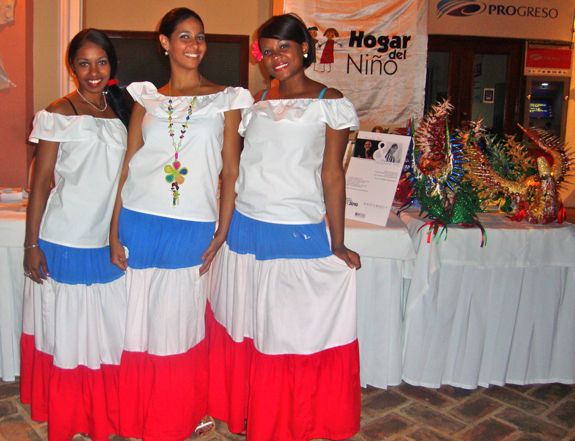 The Ron Atlantico bar, must have been one of the most popular spots in the Marina that night – for sure everyone kept going back for more of that delicious rum! 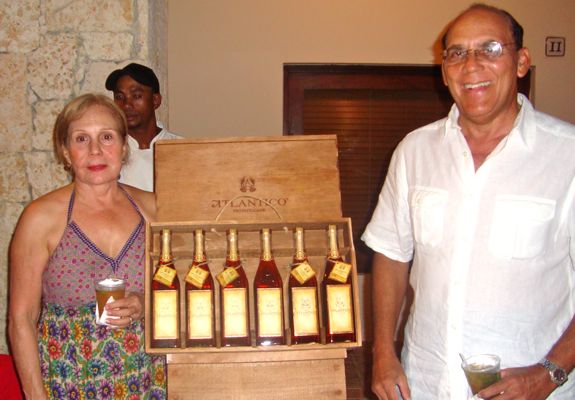 Casa Montecristo: has decades of experience as purveyor of the finest Dominican cigars. At the Casa Monetcristo you will find the best selection and prices of handmade premium Dominican cigars direct from the source.

The Casa Montecristo had set up a stall with hand rolled cigars which were given away to very appreciative cigar smokers. 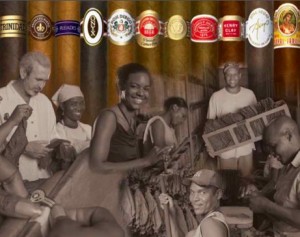 Thank You to Miss Mundo Dominicana for joining us and graciously being photographed literally hundreds of times.

Beauty and the beast!! 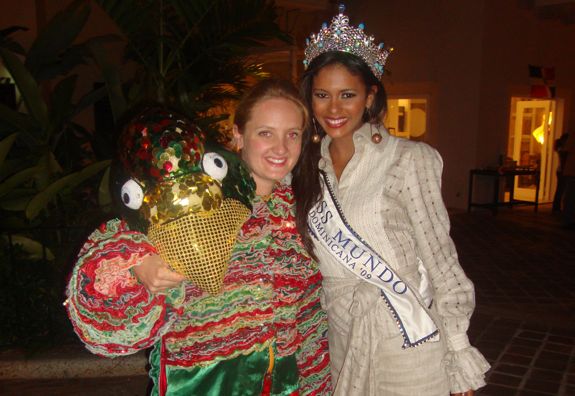 The Noche Dominicana  was an event organised by Casa de Campo Living with the Marina Casa de Campo to celebrate the start of the Rolex Farr 40 regatta which took place last week from Wednesday the 21st to Saturday the 24th of April. During the regatta, aside from the sailing races (regattas) that were held everyday, the Farr 40 village was open from 4-8pm serving after-race cocktails to welcome the return of the sailors and a number of other special VIP dinners took place in private Casa de Campo villas. More articles on the Farr 40 parties and regattas soon!

Here are our photos of the event: