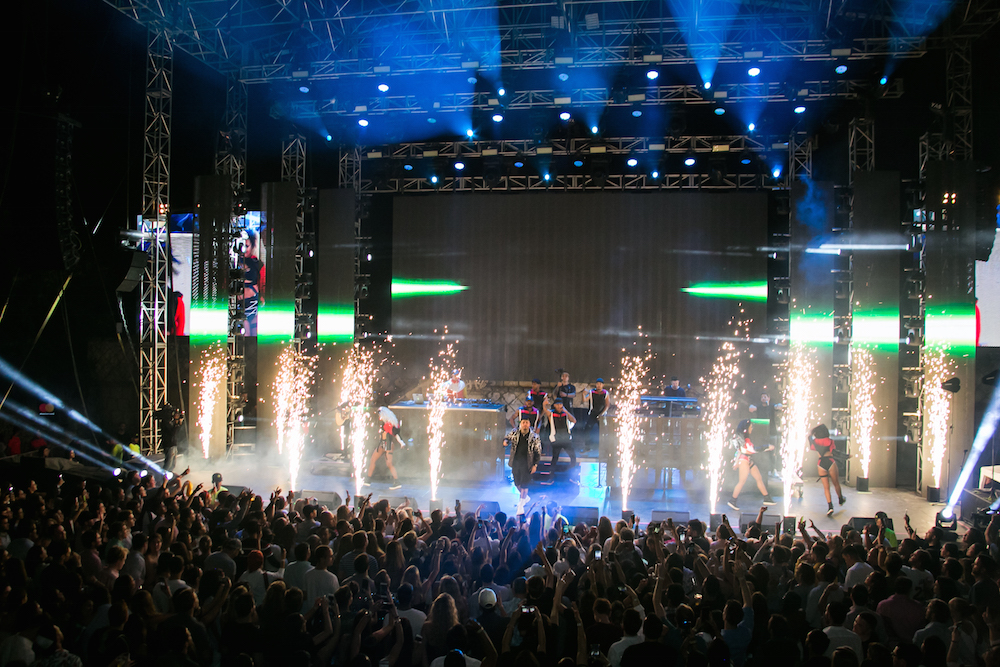 Nicky Jam and Afrojack fulfilled their promise: to go on stage and give themselves to the audience with an electrifying concert that served to close an outstanding year of concerts in Altos de Chavón. The evening went on as expected, with these two popular artists who were responsible for having the audience dancing the whole night at the legendary Casa de Campo stage.

Nicky Jam was the first to come on stage with his exciting proposal and immediately the audience sang along to a dances to a repertoire that gave them no chance to rest. He interpreted many of the songs with which he has gained popularity internationally, such as “Hasta el amanecer”, “El perdón”, “Tú y yo”, “Bella y sensual” and “El amante” and as expected, the invited artists turned the stage upside down, literally. When Marc Anthony came out to perform a song with Nicky Jam, the adrenaline rose to unthinkable levels. Marc and Nicky showed that they have chemistry on stage, and when the Puerto Rican star’s participation ended, everyone asked him to continue singing.

Actor Vin Diesel, a regular visitor to Casa de Campo, also took the stage to interact with Nicky Jam during his participation. Among the public was the presence of Luis Fonsi, another Puerto Rican artist who is also often seen enjoying all the amenities the complex has to offer.

The night was everything everybody had asked for, with a production of Gamal Haché, who continues to offer the best in this stage. After concluding his participation, Nicky Jam left the audience wanting and ready for more, and just a few minutes later it was the turn of DJ Afrojack who also came loaded with the incredible dance songs that are part of his timeless hits. The famous DJ had the audience jumping and raised their enthusiasm with songs like “Dirty Sexy Money”, “Helium”, “Ten Feet Tall”, “New Memories” and “Another Life”.

Everything pointed out that the combination of Nicky Jam and Afrojack would be cause for celebration and rumba, thanks to their respective repertoires that includes great hots. In this way, Altos de Chavón reconfirms that it is an ideal setting to continue offering the Dominican family – and tourists from different parts of the world who visit – an attractive artistic scene for those who enjoy these concerts with the most popular celebrities of international music. This concert was officially sponsored by MasterCard, Claro and Grupo Viamar.

Below is a selection of photos taken by Mairobi Herrera during the Nicky Jam and Afrojack concert at the Altos de Chavón Amphitheater: