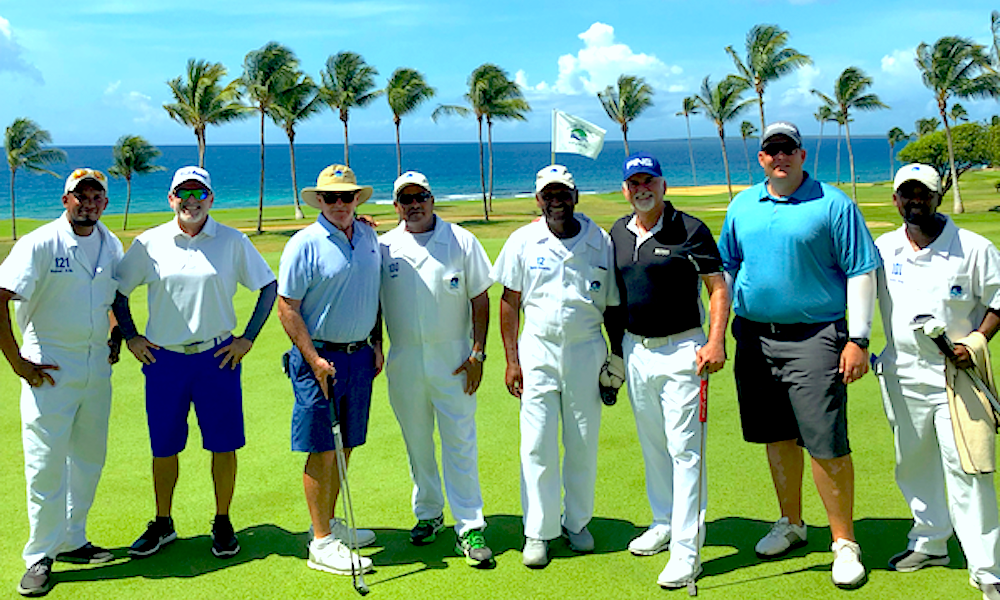 Attention golfers, if you’re not already practicing in one of our resort’s magnificent golf courses by Pete Dye, we recommend you get to it because the 39th Casa de Campo Open Golf Tournament is next month.

It’s been 39 years since the first tournament played in 1981, founded by Casa de Campo’s PGA Director of Golf Emeritus, Gilles Gagnon. It has been one of the resorts most outstanding golf tournaments, attracting players from all over the world, who enjoy the unique beauty and challenge that the courses bring to the field.

The event will be held from September 16-20th, 2020. Arrival Day and practice round day is September 16th, along with a welcome dinner and cocktail at 7 pm. The three tournament rounds will be played from the 17-19th, closing with a cocktail, dinner, and prize-giving ceremony Saturday evening. For the second year in a row, there will also be a putting contest on Friday from 5:00- 6:30 pm. Departure day is September 20th, and as is tradition, Casa de Campo will be hosting the annual Caddy – Am tournament at 7:30 am on the Teeth of the Dog for all those who wish to participate.

This event is a 54 hole Individual Stroke Play competition using the Stableford scoring system. There will be both Net and Gross division per classification for both men and women. Men and women will compete in flights by index and age, and we are excited to announce the 39th Casa de Campo Open will feature the first Annual Country’s Cup! Note: you can only win one prize!

We are looking forward to celebrating the 39th Casa de Campo Open with you all! See the schedule of events below and mark your calendars to participate in one of Casa de Campo’s oldest tournaments!

Where: Teeth of the Dog, Dye Fore and the Links

To learn more about this and other golf events, please call the golf office at 809-523-8115 or by sending an email

Golf is a game that lends itself to social distancing, but always remember that it is vital that everyone continues to follow best practice when it comes to dealing with the current pandemic. See more about Casa de Campo’s health and safety protocols for golf here.