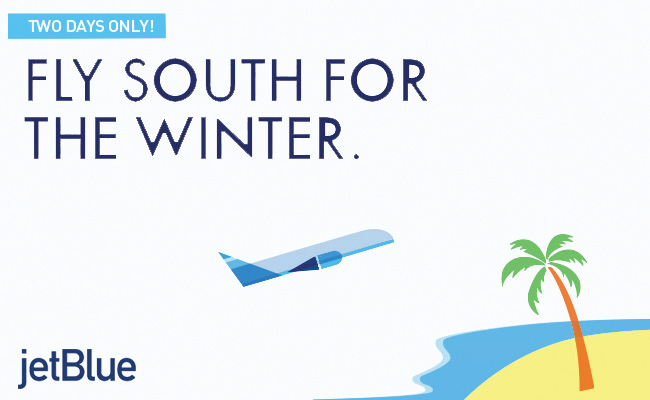 Fly south for the winter with jetBlue! jetBlue has great deals for this season – and they include flying from New York City, NY (JFK) to La Romana, Casa de Campo DR (LRM) from just US$167!

The best deals can be found flying from New York to La Romana / Casa de Campo, but if you’re flying from the La Romana Airport to New York, there are also some great deals too, with singles fares from just US$227.

jetBlue flys in and out of the La Romana Airport, Casa de Campo every Wednesday and Saturday and the schedule is as follows:

If you’re looking for the lowest fares, click here to use Jet Blue’s Best Fare Finder for “Fly south for the winter” specials.