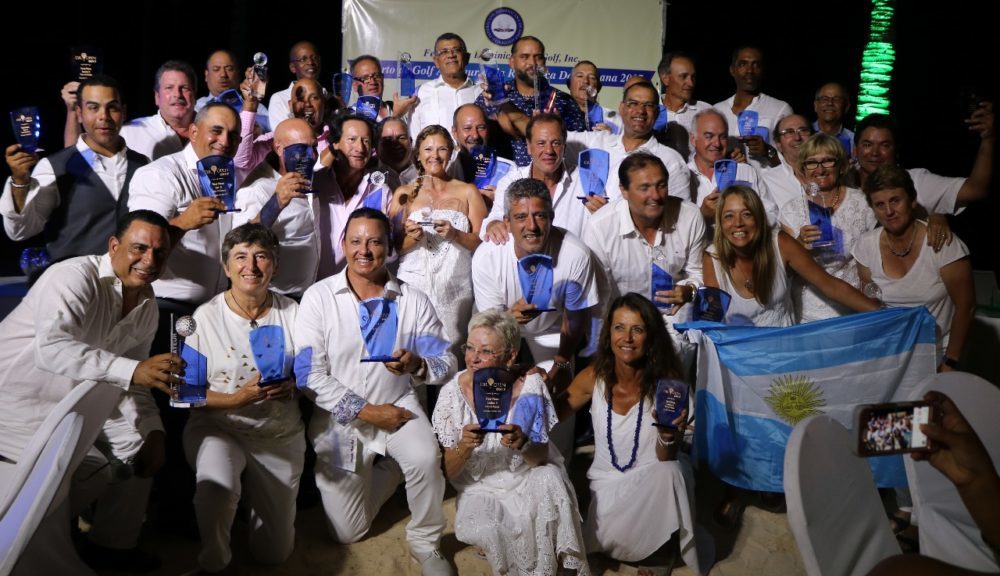 The New York delegation took the first place during the eighth version of DR Open Amateur Championship 2017 that was played from Thursday, November 2nd until Saturday, November 4th in Casa de Campo with the participation of more than 100 players from several countries.

The New York representatives won the Cup with 1,056 points overall, beating the national teams of Argentina and Guadalupe. The tournament was played at the Teeth of the Dog, Dye Fore and The Links with the Ministry of Tourism, Banco de Reservas and Banco Popular as the official sponsors. Bepensa Dominicana, Casa de Campo, and Tabacalera de García also sponsored the event that dates back to 2010. Oswaldo Rodriguez was the best overall gross Stableford with 88 strokes, while Maria Fernanda Durán was the best net, with 117 strokes.

Category A was dominated by Dorian Álvarez, with 241 strokes whilst Guillermo Pluis won the Senior A category, after scoring 243. Alejandro Carrasco won Category B, finishing the event with 82. José Narvaez was the best in the Senior B Category with 65. Nelson Céspedes and Bienvenido Inoa dominated the Catergory C and Senior C respectively after scoring 57 and 20. In the Super Senior A and B, was won by Andrés Dilonex (76) and Omar Rodríguez (58). In the Ladies A and B, the best were Aline Bertrand and Nicole Lescalet, with 58 and 47 respectively.

The award ceremony took place at Minitas Beach, where the president of the Dominican Federation of Golf (Fedogolf), Rafael Villalona, thanked the sponsors that made the event which unites players from different countries in an atmosphere of camaraderie and fellowship that elevates the country’s golf tourism. The event had the participation of César Rivera and Tulio Luna as rules directors, Rafael Canario, CEO, with the support of Fedogolf in the organization of the event.

*  Information and pictures provided by Fedogolf