Every year Praia hosts the party of the year – the Casa de Campo NEW YEAR’S EVE PARTY, which will for the 3rd year in a row be held at Casa de Campo’s Minitas Beach!

This year the legendary beach party will feature a live performance by band “Maluk” as well as DJ Willy from South Beach, and DJ’s Mario Cabral, Conrad Wittkop, Looie G and Richard Szpilman – once again expected to be thumping out the tunes from a stage suspended over the sea.

After a boozy day at Palmilla (click here to read more about the Palmillaso boat party), the only place to be seen in Casa de Campo is Praia’s beach party….so we’ll see you there!

What better way to greet the New Year but with the sunrise over Minitas Beach?

WHERE? Minitas Beach – the private area where the Beach Club by Le Cirque has private Cabañas

TICKETS: Tickets will be available to purchase on Friday the 30th of December from Minitas Beach

PRIVATE TABLES AND CABAÑAS: Every year there are a limited number of private tables and cabañas available – please call Jean Pierre Bassa on: 809-705-5555 for information and reservations 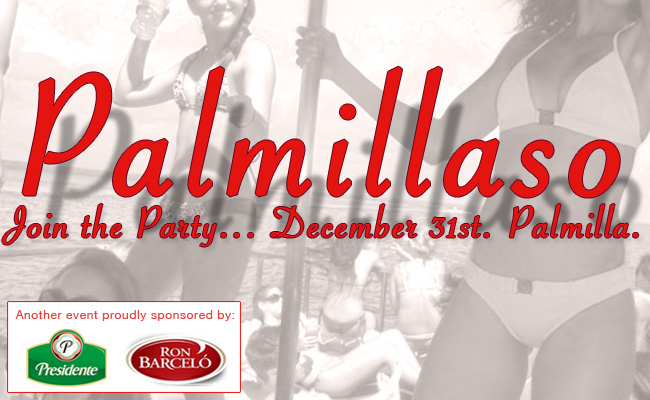