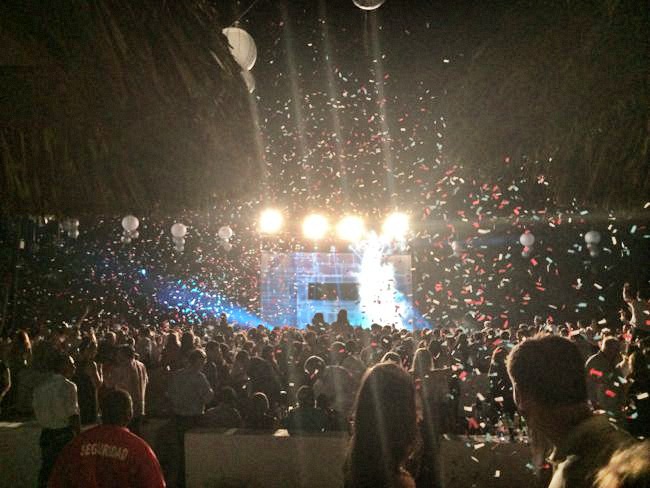 For many, celebrating the end of the new year in Casa de Campo typically follows a set formula: boat, dinner, beach. A combo which makes for a pretty legendary celebration with several thousand revellers from across the Dominican Republic and indeed the world descending on the Casa de Campo resort to get in on the action.

And so it was that after partying all day at Palmillaso (click here for photos), the crowds returned to Casa de Campo to recharge their batteries at dinners all around the resort – from private parties at Casa de Campo villas to the many restaurants at the Marina Casa de Campo and Altos de Chavón, the La Romana Country Club, and this year also at the Lago Grill – which was a popular spot among Casa de Campo hotel guests.

Then the party revved into full gear once more, as literally several thousand descended on Minitas Beach for the New Years Eve party… and while we didn’t spot David Beckham or Mark Anthony – both special guests who were rumored to make an appearance – with excellent DJ’s, a dance floor at the water’s edge, fireworks and confetti – there’s no doubt that everyone had a great time.

On the decks was DJ Max Vangeli, Julian Ingrosso, as well as Omar Ondino.