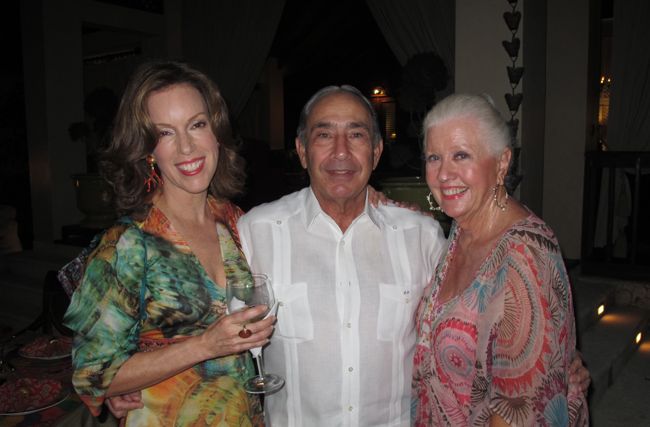 And so on Friday evening March the 9th, a smaller group of the Casa de Campo community mingled with the team currently working on the “Quedagh Merchant” and enjoyed an enchanting starlit evening, with a delicious typically Dominican dinner of Sancocho and other Dominican specialities. During dinner, Dr.Charles Beeker took the opportunity to introduce “Treasures Expeditions”, the project which Captain Kidd’s “Quedagh Merchant” is part of.

Treasures Expeditions
Treasures Expeditions is an extraordinary family travel program to introduce children and families to archeology and the amazing history and stories of the following shipwrecks: (all of which are located off of the coast of Hispaniola Island)
•  The Lost Fleet of Columbus
•  Captain Kidd’s “Quedagh Merchant”
• The Spanish Merchant vessel; Nuestra Señora de Begoña
• Two sites related to Captain Henry Morgan, including the site of his flagship, the HMS Oxford, and the search for the 1675 Jamaica Merchant
• The French Slave Ship, Le Marquis de Gallifet
Although this project is currently funded to US$1million it is still lacking funds of US$620,000

Upon arrival guests were treated to a spectacular view of the Costa Luminosa setting sail for Isla Catalina from the La Romana – Casa de Campo port.

Click here to find out more about the Costa Luminosa!