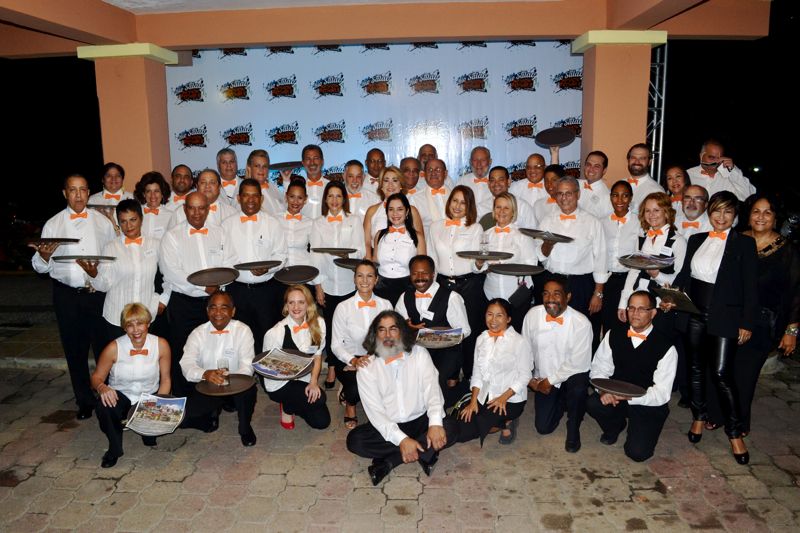 Last Saturday November 8th, the Casa de Campo and La Romana communities united for a common cause – the continued improvement of our city, and more specifically of the Río Salao area.

You see the “Fiesta de los Mozos Famosos” was so much more than a good time. It really was a symbol of all that is great about our society. This party saw the owners of some of the biggest and most successful companies on a local and national level, come together with philanthropic citizens of both La Romana and Casa de Campo. A unity that resulted in more than RD$1 million collected from the ticket sales! That’s quite a handsome sum for the Fundación Río Salao to continue their mission of “making the life in Río Salao sweeter.”

As a Mozo Famoso myself, I must say that waiting is not at all easy, I tried my best, but I did get a little distracted chatting… Nevertheless on behalf of all the Mozos Famosos and the event organizers, thank you to all of you who came and enjoyed the party. It was wonderful!

At the end of the evening, after a delicious dinner catered by Casa de Campo, enthusiastic if a little wobbly service, followed by animated live music and dancing with the amazing Miriam Cruz, there was no doubt that the “Fiesta de los Mozos Famosos” was a great success. We’re already looking forward to next year!

The following collection of photos were taken by Alejandro Heredia during the Mozos Famosos dinner hosted at the Club de la Costa in La Romana:

Rio Salao: Misión Posible is a not-for-profit project and needs all the help it can get to succeed! Get involved and help us transform La Romana.